As Squash begins to come to terms with its latest Olympic Games rejection, World Squash Federation (WSF) President N Ramachandran has admitted that he finds it ‘difficult to understand’ the decision. 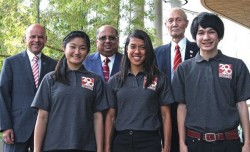 Last week, after the International Olympic Committee (IOC) had raised the sport’s hopes by offering the 2020 Games’ hosts the chance to increase the number of sports agreed by the Buenos Aires session in 2013, the Tokyo 2020 Organising Committee recommended a further five – but did not include Squash.

“Back in 2005 the IOC membership voted us the top ‘new’ sport of the six in contention for the 2012 Games, but we lost out on a voting technicality,” said the WSF President.

“Four years later we narrowly lost out to Rugby Sevens and Golf, and a further four years on we were shortlisted as a ‘new’ sport ahead of rock climbing, karate and roller sports, before being side-lined again when the IOC reintroduced its ‘old’ sport wrestling.

“When given a lifeline by the IOC and Tokyo 2020, we presented a strong case – confirming low cost and highlighting domestic medal potential via two top world juniors from Japan,” Ramachandran continued. “We even offered to provide the two all-glass show courts at no cost to the hosts and for them to remain in Japan as a legacy of the Games. 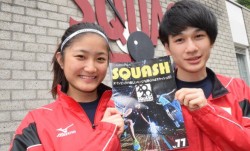 “Yet, the final outcome was that previously eliminated sports have been nominated.

“We find this difficult to understand.

“Despite the fact that our WSF-led bid had the unanimous support of all parties in the sport, it is not surprising that some have voiced frustration at the decision, which is understandable.

“In the meantime, we will continue to grow the sport that, contrary to the impression given by the 2020 decision-makers, is flourishing on all continents – not only attracting new players but also TV audiences and growing crowds at some of the world’s most iconic locations.”

Ramachandran added that he has requested an explanation from the IOC of how sports which were previously eliminated by the IOC, when Squash was shortlisted, have now been considered. It is expected that he will also request that Squash be given the same opportunity.