This article originally appeared on SquashMad.

Jethro Binns has been a busy man during lockdown, keeping his squash community engaged with online training sessions and extending the reach of SquashSkills to create the World Squash Foundation Coaching Award in partnership with the World Squash Federation.

The programme went live yesterday and Jethro hopes this development can help to grow the game as squash attempts to bounce back after the restrictions of the COVID-19 pandemic.

SquashMad’s Alan Thatcher caught up with Jethro as he was putting the finishing touches to the project.

1: Hi Jethro. How are you keeping, and where have you been staying during lockdown?

JB: All good, thanks Alan. I’m on the farm in Wales. I’ve been leading a much slower paced life recently and enjoying it more than expected. That being said, work has been very full-on with plenty of new initiatives taking place.

2: I’m guessing that lockdown has given you the opportunity to look at multiple ways to develop SquashSkills?

JB: It has. We really made an effort to serve the needs of the squash community last year. It’s been tough with people not being able to get on court. Subscription numbers have taken a bit of a hit but we’ve launched a few new initiatives with Classes, Training Club, Testing with SquashLevels, and now the online coaching qualification with WSF.

3: The World Squash Coaching Certification Programme in association with SquashSkills sounds exciting. What are the main targets for the project and for the game?

JB: Yes, we’re very excited about it. We see it as a great opportunity to empower squash enthusiasts all over the world by giving them the tools they need to go into clubs and get more players on court. It will also help qualify coaches in different countries where it’s difficult for them to attend coaching courses.

Our overall ambition is to qualify two new coaches in every club around the world. If those people can then go on to run sessions for juniors and beginners we have a real chance of increasing participation numbers which is what we are going to have to do if we want to see the game bounce back from COVID.

4: Where are you at with the project right now?

JB: We’re just about to launch. It’s been tested and piloted with players in different countries and the feedback has been good. We’ve also put Spanish subtitles in place which will open up the qualification to non-English speakers. This is something we’ve not done well enough with SquashSkills historically so I’m excited about entering some new territories.

5: I would love to involve an army of registered SquashSkills coaches in helping newcomers fall in love with the sport later this year on World Squash Day. Any thoughts on how we could deliver an effective programme to attract, mentor and retain a whole new generation of squash players?

JB: I think it’s a great idea. For me it’s about getting the buy-in from key stakeholders. We need action at a grassroots level but we need the message to filter down from national federations, to counties and regions before being executed by the clubs. We need to make it easier for new players to get on court and experience the thrill of the game. If we can help facilitate fun and engaging sessions, provide equipment and get everyone using the right ball we’ve got a good chance of succeeding.

6: You seem to be successful in building strategic agreements with a variety of partners. Please tell us about these relationships. 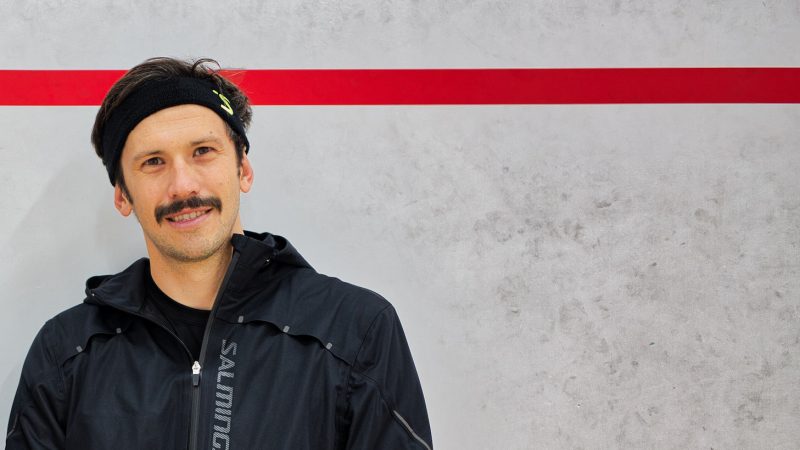 JB: Ha! Most of the time… Yeah, we try. It’s something we pride ourselves on. We want to work with other partners who are passionate about the game and keen to move it in the right direction. We’ve obviously got a good relationship with the PSA and now the WSF with the coaching project.

I’m excited about the collaboration between SquashSkills and SquashLevels. There’s such a natural synergy between the two organisations with one measuring your level and the other telling you how to improve your level. We’ve still only scratched the surface of what can be done but I’m excited about the opportunities that are ahead.

As I mentioned earlier, it’s crucial that we develop relationships further with the national federations, and all work together to promote the game. Squash is a small sport and we should all be looking to support each other. I think there can be a tendency for organisations to be overly protective and try to defend what they have rather than looking at new ways to collaborate and utilise technology effectively for the betterment of the game.

In this day and age, we should be linking systems together and playing to our strengths in an effort to make a better experience for the player.

7: Looking at the global squash scene, do you see many nations putting structures into place to challenge Egypt’s domination of the game?

I think it’s going to be tough for other nations to catch up in the immediate future. It’s a numbers game, right, and Egypt has the numbers coming through. They seem to have a conveyor belt of emerging talent which all comes from the junior structures they have in place. I don’t see that type of environment existing in other nations.

There are pockets where clubs get it right, Pontefract being a good example. There is a fantastic coaching pathway in place that has the support of an incredible community that helps nurture players through their playing careers. It’s no wonder that they have been able to consistently turn out world-class players with the program that is in place.

It’s going to be interesting to see how the junior game bounces back after Covid. A lot of players will have been lost and we really need to go out with an aggressive marketing plan to bring new players back into the game. We need an army of volunteers to get involved with a recruitment drive to get new blood into squash clubs. We need to give them the tools to make sessions fun and get youngsters hooked on squash. This is where I’m really hopeful that the new Foundation Coaching Qualification can make a big difference over the next couple of years.

9: As we discussed recently in the interview for SquashSkills, the game is in a state of hibernation during lockdown and it may be months before clubs are fully open again. How have you been interacting with your subscribers during the past year? 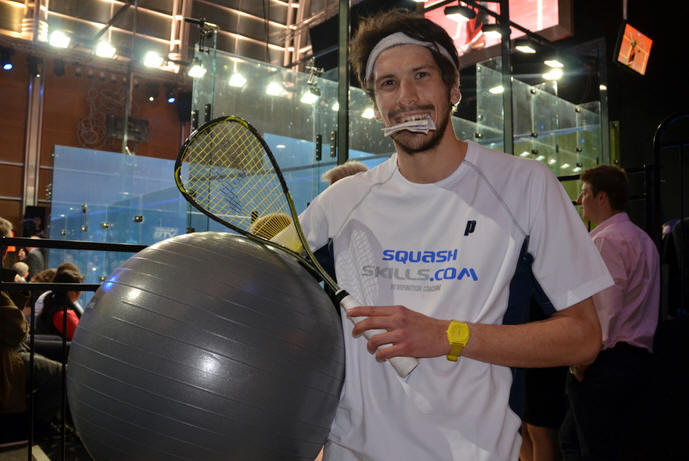 JB: We have been trying a number of different ideas to keep players engaged. We launched the SquashSkills Training Club, which has been hugely popular and helped players to stay motivated through the lockdown period. We’ve just started a new one with Paul Coll this week and will be launching another with Nick Matthew imminently.

We’ve had some fantastic feedback. Not only have people been improving or seeing significant gains in their physicality, they’ve also found the WhatsApp communities have had enormous benefits to their mental health over the lockdown period when they haven’t been able to socialise at their squash clubs.

On the SquashLevels side of things we’ve been running monthly challenges, and the last 5K run saw over 170 people take part. This month is all about figure of eights (no Swiss Ball included!) so it will be great to see people getting stuck in when they can get back on court from the 12th of April.

10: While squash has been in lockdown, outdoor racket sports have thrived, especially padel and pickleball. Have you tried either sport yet? If so, what did you think of them?

JB: They are two sports that I keep hearing about all of the time. I’ve not tried either yet but they are clearly doing something right. It sounds like they are inherently social, relatively easy to pick up and can be played outdoors which sounds favourable given the current conditions the world faces. I’ve watched a few pro clips of the Padel World Tour and it can be highly entertaining. I still don’t think they rival squash as a sport, though!

11: All the squash players I know who have tried padel have raved about how much fun it is, including some top professionals. Many feel that squash feels far too serious in comparison. How would you suggest putting the fun back into squash and making it more sociable?

JB: I think that’s the thing we need to work on as a sport. We’ve got to make it more inclusive and we’ve got to make squash clubs enjoyable places to be. I heard about a great competition the other day that was run in Bristol where small teams played squash, racketball and table tennis before celebrating in the bar. This sounded like such a good idea with people having the opportunity to play all three sports in a team environment.

I think one-day competitions are going to be key in helping the game bounce back. I think SquashLevels can really help by getting people playing in the right events and playing truly competitive matches.