The WSF wishes Malaysia’s Sivasangari Subramaniam a speedy recovery, following an update on the 23-year-old’s condition.

Subramaniam is reported to be recovering from successful facial surgery today, following a road accident on Sunday June 26.

The World No.16 has been receiving treatment in hospital since the accident, which forced her to withdraw from the upcoming Birmingham 2022 Commonwealth Games.

Speaking to Malaysian news outlet The Star, Major S. Maniam, Squash Racquets Association of Malaysia’s Director of Coaching, said: “I’ve visited her several times, and every time I go and see her, she is improving. She will be in the hospital for another week.

“The surgery [was] for her jaw and under the eye. She has got a neck brace to take care of the slight fracture on her cervical spine.

“As for her return, we will take it as it comes.”

Since the accident, Subramaniam has taken to social media to thank her fans for their concerns and well wishes.

Meanwhile, the Cornell Squash team – the team Subramaniam has competed for while attending college in the United States – has made a page where fans and well wishers can send messages to Subramaniam. 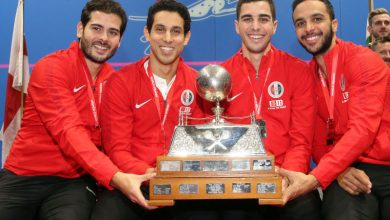