Hosts New Zealand will lead a select group of six nations that have competed in each WSF Women’s World Junior Team Squash Championship since the inaugural event in 1985 when they do so again in the 2017 championship on home soil in July.

The 17th biennial WSF championship will take place at Devoy Squash & Fitness Centre in Tauranga, the fifth largest city in New Zealand, from 25-29 July – following the Men’s & Women’s World Junior Individual Championships, which will be held from 19-24 July.

Australia, the first champions, together with Canada, England, Germany, USA and New Zealand have battled in all 16 previous events – sharing eight titles between them.

A total of 14 nations will take part in the 2017 championship – with seven-time champions Egypt, who began their women’s world junior team campaign in 1993, bidding to defend their 2015 title.

Further nations are expected to be represented by their top male and female juniors for the Individual events by the entry deadline of 1st June. 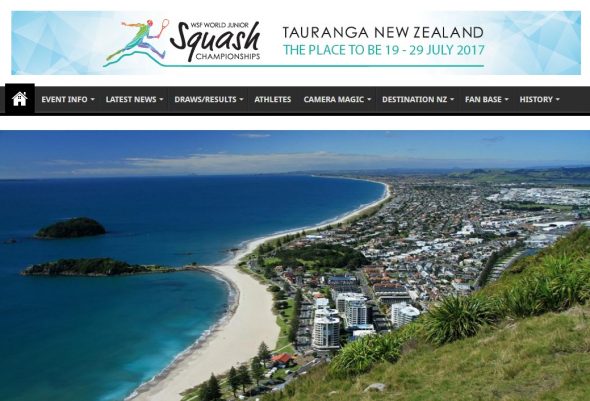