Mexican star Samantha Teran scored her 14th career title and second of the year at the BC Honda Dealers Sun & Surf in Vancouver with a straight game victory over top seed, New Zealand’s Jaclyn Hawkes in the final.

A popular stop on the WISPA tour, the Sun & Surf this year upgraded its prize money to Silver level and so attracted a host of top players from around world.

The first round saw seven out of the top eight seeds move through to the quarter finals, with top seeds Hawkes and Teran scoring comfortable wins over Canadian opposition. Canadian interest in the first round was ended when former top twenty players, fourth seed Latasha Khan and eighth seed Engy Kheirallah, eased through. Kheirallah’s Egyptian compatriot, Heba El Torky, made light work of Mexican qualifier Nayelly Hernandez. The English duo of third seed Emma Beddoes and sixth seed Victoria Lust also progressed in slightly contrasting styles. Beddoes sped past American qualifier Kirsten Lange whilst Lust had to fight back from a game down to outlast Czech number one Lucie Fialova. Expecting to round out the quarter final line up was Olivia Blatchford. The recent exploits of the American at the World Junior Champs however left her looking tired and after taking the first game on a tiebreak she fell away against the dangerous Misaki Kobayashi.

The quarter finals saw some tough matches, but it was the top four seeds that prevailed. Hawkes saw off Japanese number one Kobayashi in straight games, executing her shots to perfection. Her semi final opponent, Khan prevailed in three tight games against Lust. Khan and Lust have had some tough battles in the past and this match was no exception. A crucial first game went to Khan 18-16 and from then on she held off Lust after some hard long rallies. Beddoes was the next through against El Torky. The young Egyptian, known for her shot making, took the first game but it was the steady and consistent play of Beddoes that saw her through in four games after 68 minutes on court. Teran was the last to make it through, beating Kheirallah in straight games.  Kheirallah had a winning record over Teran, but this time the Mexican played the consistency game to perfection, forcing Kheirallah to make errors.

The semi finals saw differing wins for the top two players. Hawkes once again played quality squash, finding perfect length throughout the match and Khan had no answer to it. The American veteran stepped up the pace in the third game but by then the damage had been done.  Teran took 70 minutes to join Hawkes in the final. Playing very similar games there wasn’t much to split Teran and Beddoes throughout the match. The first two games were shared 11-7 apiece and it could have gone either way from there, but Teran had more in the tank and she pushed through to the final.

The final was expected to be close. Both players are known for their long lasting matches and they have shared victories over one and another in the past.Hawkes’ form this week and her straight game victory over Teran just the other week in Singapore would have put her has many people’s favourite before the match. The crowd however were left stunned. After just 26 minutes on court Teran had sealed victory. Hawkes looked completely out of sorts all match and had no answer to the relentless attacking play from Teran, who was on top of every ball. Teran’s previous tough matches seemed to have had no effect and it was Hawkes’ lack of hard matches that may have proved costly.

This victory gives Teran her second title of year, following on from the Veracruz Open in June. The Mexican seems back to her best and will look to push back up the top 20 as the new season gets underway.

Congratulations to the tournament organisers for putting on another fantastic event. We look forward to seeing the Sun & Surf back, bigger and better next year!

Palmer Presses On In Canberra 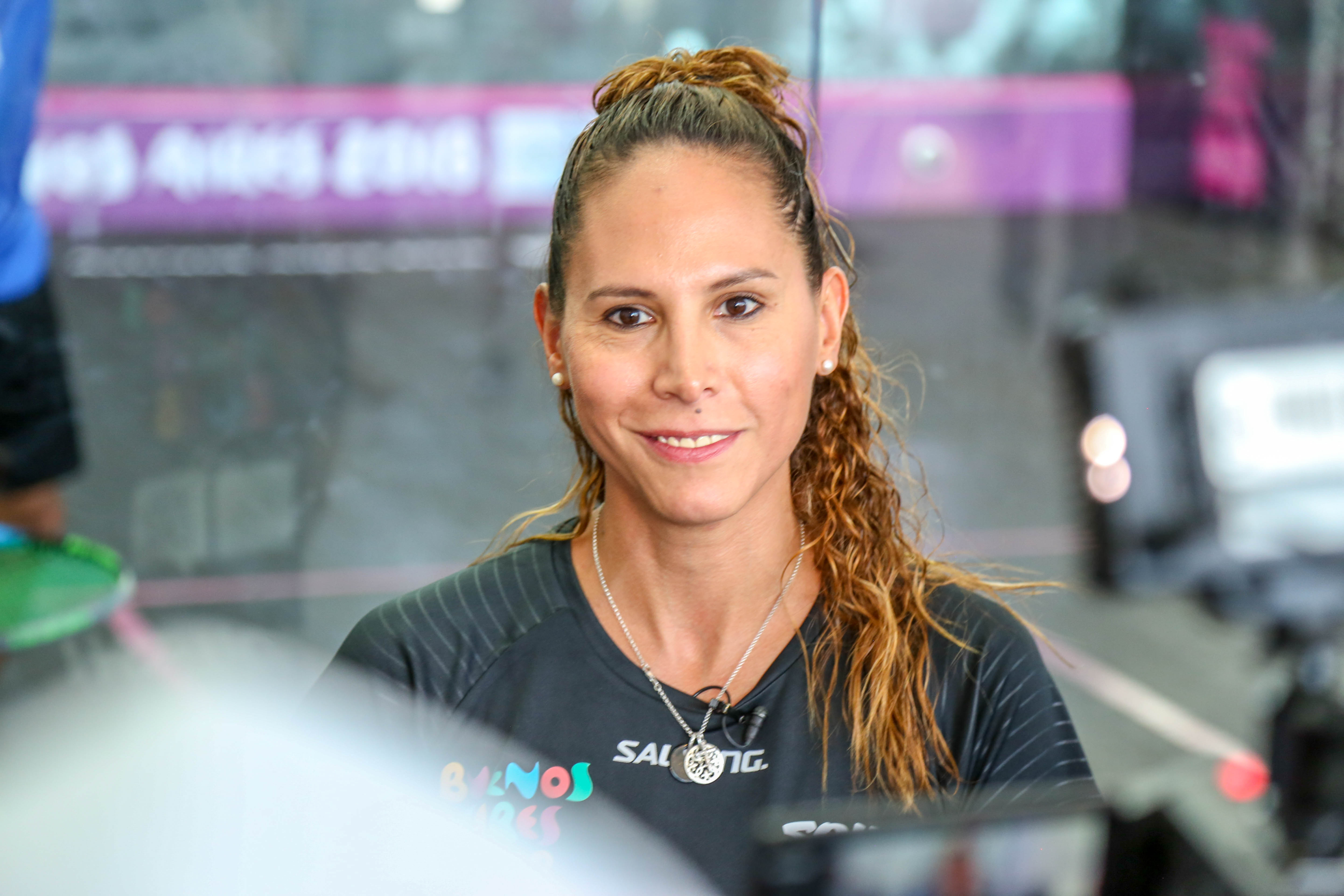 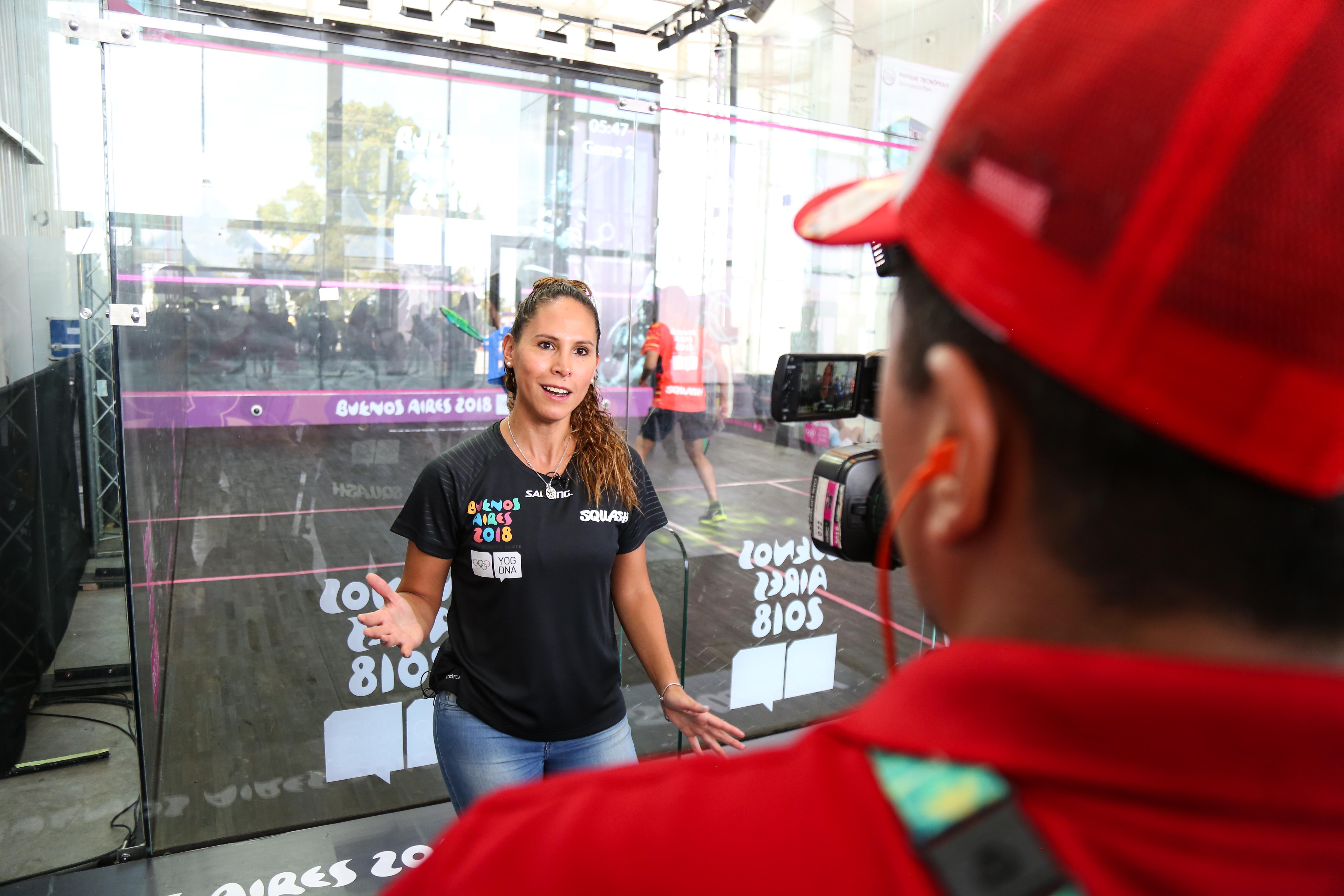