This Friday (28 October) the WSF Conference and AGM take place in Chennai, India, in-person for the first time since 2019.

This year’s Conference and AGM, which are being hosted by the Squash Rackets Federation of India (SRFI), will provide an intriguing glimpse into some of the exciting developments to come in the near and long-term future for squash.

“My thanks, too, to all the federations and our partners for the excellent work they have done for our sport during a challenging time.

“There is much to be discussed this week in Chennai and I am looking forward to engaging with the global squash community as we work together to ensure squash thrives and grows across the world, aligned to WSF’s strategy.”

One very new development on the agenda is the launch of WORLDSQUASH.TV, the WSF’s newly launched OTT video streaming platform. WORLDSQUASH.TV, a free digital video platform delivering live events and video-on-demand content to squash fans around the world, at any time and on any device. It was launched on Monday 24 October as a new service for Continental and National Federations to give greater visibility for its events.

Inspiring coaching is key to the future growth and development of squash. WSF’s recent strategy includes improved engagement of the coaching community and expanding coaching opportunities worldwide through global access to the WSF Coaching certification.

Recent developments have seen the first WSF coaching course run in Africa, as well as a number of courses around the world. At this year’s AGM, WSF vice-president and chair of the coaching commission, Sarah Fitz-Gerald from Australia will introduce the key features of the WSF’s new coaching strategy and how the WSF intends to build on work so far to create a thriving and connected global coaching community.

The outdoor court movement is one of the fastest growing and most exciting developments in squash, characterised by low-cost innovation that brings our sport to communities otherwise lacking in squash infrastructure. Also, ahead of and during this year’s Commonwealth Games, we saw the power of portable outdoor courts in encouraging children to easily pick up a racket for the first time and experience the fun of squash. Different formats of outdoor courts are emerging across the world, and the conference explores how WSF can support these evolutions.

Other topics covered at this year’s Conference and AGM will include promoting “the right ball”, Squash57’s role in squash’s growth strategy, a discussion on how to develop the next generation of referees, and the HCL Squash Podium Programme.

Ahead of this year’s WSF Women’s World Team Championship, which is to be held in Cairo in December, the WSF will look to engage with MNFs on the subjects of realising the value of WSF Championships and raising our game in the delivery of Championships. This will include a report commissioned by WSF on how to better leverage the value of the Championships as a key pillar of its 2022-25 strategy. 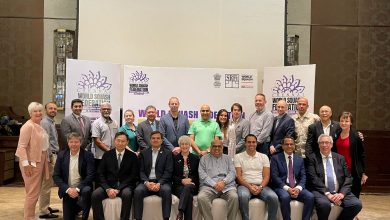 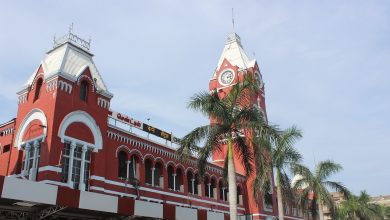