Germany’s reigning World Games champion Simon Rösner’s title defence came to an end last night as the 34-year-old went down to French World No.20 Baptiste Masotti in an entertaining encounter.

In a tight first game, it was Masotti who struck first, with the 27-year-old able to keep his nose ahead of Rösner the entire time on his way to an 11-9 win.

Rösner, though, soon hit back. The winner of The World Games 2017, who has returned after retiring from the PSA World Tour in December 2020, put in a vintage game two performance and levelled the match with an 11-7 win.

When the German took the first three points of the decisive third game – with The World Games using best-of-three scoring until the semi-finals – it appeared that a repeat of his first round comeback against Hungary’s Balazs Farkas was on the cards.

Masotti, however, was able to hold his nerve. The Frenchman, playing in his first World Games, calmly chipped away at Rösner’s lead before putting on a run of five straight points on his way to a second 11-7 win.

Masotti’s opponent in the quarter-finals will be Colombian No.2 seed Miguel Rodriguez, after the former World No.4 recorded a comfortable 2-0 win over Argentina’s Jeremías Azaña.

Elsewhere, Canada’s World No.62 David Baillargeon will play French top seed Grégoire Marche after an impressive victory in which he came from behind to beat the USA’s World No.51 Faraz Khan, while Switzerland’s Dimitri Steinmann celebrated his 25th birthday with a narrow 2-1 win over Colombia’s Ronald Palomino.

In the women’s draw, Germany’s World No.130 Katerina Tycova continued her strong showing with a 2-0 win over Australia’s World No.85 Alex Haydon to become the only unseeded player through to the quarter-finals.

Tycova had already raised eyebrows in Birmingham with her shock first round win over 3/4 seed Anna Serme, and continued that fine form yesterday.

While the 23-year-old’s victory over Serme required a heroic fightback from 1-0 down, last night was a simpler affair for Tycova, with the German recording a relatively straightforward 2-0 win in 15 minutes.

Also safely through to the quarter-finals is top seed Tinne Gilis of Belgium, who will play the USA’s Marina Stefanoni after recording the quickest win of the day by dispatching Canada’s Nikki Todd in 12 minutes in a good-natured match.

Afterwards, Gilis said: “I’m obviously very happy to win today. I find the first match is always the hardest, especially when it’s best of three, as there’s more pressure and you have to make sure you start well. I knew this was going to be an enjoyable match with Nikki, it always is. I wish I could be so happy on court all the time! But I’m definitely happy about today’s performance and looking forward to the next one!”

Also through to the quarter-finals are France’s Mélissa Alves and the USA’s Haley Mendez, who beat Switzerland’s Nadia Pfister and Poland’s Karina Tyma, respectively.

Yesterday also saw the first round of the plate matches – which will help decide the final standings for players beaten on day one – get underway, with the result of the day coming for Ukraine’s Anastasiia Kostiukova, who recorded her country’s first ever squash win at The World Games by beating Hungary’s Hannah Chinyere Chukwu 2-0.

“It is a great honour for me to represent my country at The World Games,” Kostiukova said afterwards. Birmingham welcomed us very hospitably; there are wonderful people and a wonderful atmosphere. My thanks to our Federation, the World Federation and our Ministry of Sports for making this possible.

“I adapted to the second match and was able to show a decent game. It was my revenge, because eight months ago I played with Hannah and lost 3-1 to her. I am proud to be Ukrainian and it is an honour for me to represent my country and I am glad that, in this difficult time, I was able to bring the first victory in squash to Ukraine at the World Games!”

The 2022 World Games will be held in Birmingham, USA, between 7-17 July 2022, with the squash tournament being played July 13-17. The event, which this year celebrates its 40th anniversary, is an international multi-sport competition comprising sports that are not contested in the Olympic Games. 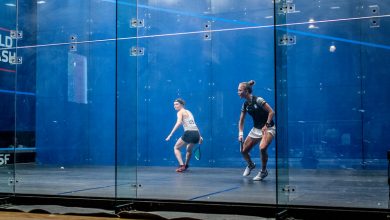 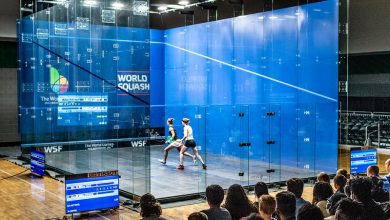