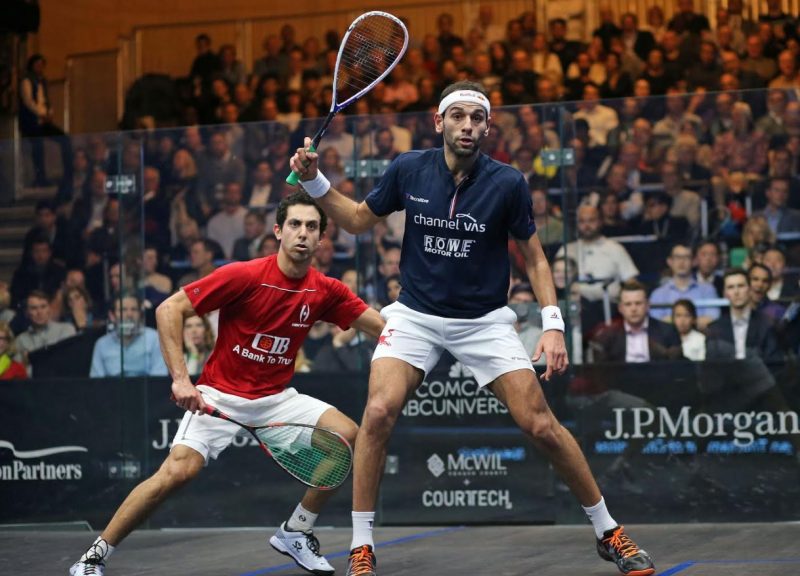 ElShorbagy will overtake compatriot Ali Farag as the men’s World No.1 in the PSA World Rankings for February after he came back from a game down to overcome World No.3 Momen, winning 9-11, 11-7, 11-7, 11-5 to capture his third Tournament of Champions trophy after wins in 2015 and 2016. 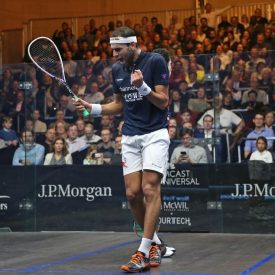 The 29-year-old was a runner-up in Grand Central 12 months ago as he lost the final – and his World No.1 spot – to Farag. However, ElShorbagy cut a determined figure on court although he struggled at times with his right knee and needed treatment from the physio when 8-5 up in the fourth game.

However, he fought through the pain barrier to close out the win and collect his 40th PSA Tour title, a tally which puts him joint fifth on the all-time men’s PSA World Tour title winners list, level with fellow Egyptian Ramy Ashour and former World No.1 Gregory Gaultier. 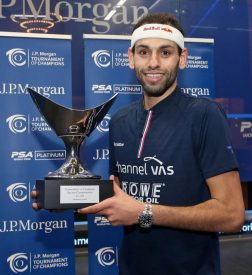 “To win the trophy for the third time is an honour,” said ElShorbagy.

“To have your name beside all the great champions that have won the event, it’s the kind of moment that I live for. I said before the season started that my main goal was to get back to World No.1 and to achieve this on the same court that I lost the World No.1 last year is a great feeling.

“There is no better venue than here that I would have wanted it to happen and I’m really proud.”

In the women’s final, World No.5 Serme got her hands on her second Tournament of Champions title after a breathtaking performance from the 30-year-old saw her end a four-match losing streak to El Sherbini. 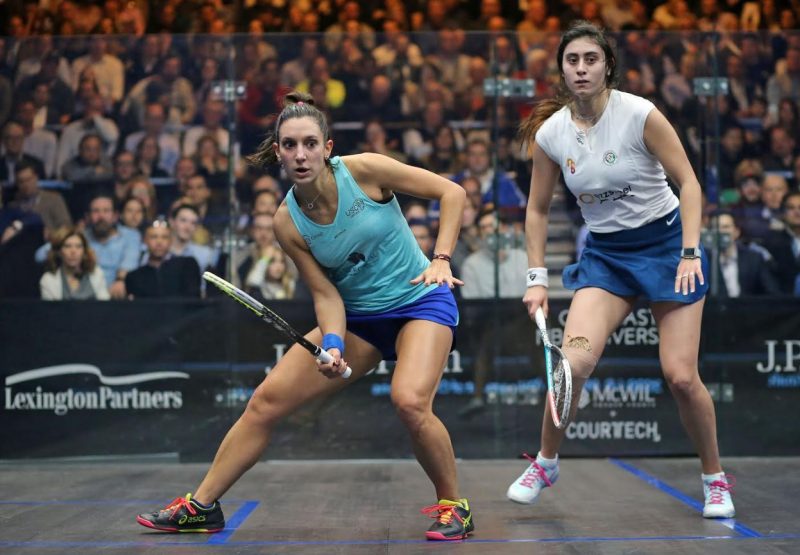 Serme played some of the best squash of her career in New York this week as she defeated World No.1 Raneem El Welily and World No.3 Nouran Gohar en route to the final, before completing the set with an 11-8, 11-6, 11-7 win over World No.2 El Sherbini. 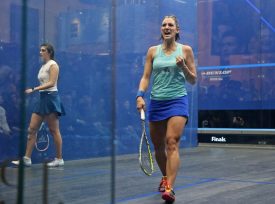 El Sherbini was appearing in just her second PSA event of the season after her fourth World Championship triumph in November and sported knee strapping throughout the match. She never quite found her range as Serme played accurate, composed squash, and the French player closed out the win in 40 minutes to capture her first major title since her 2017 Tournament of Champions win.

“All the titles are special and different, but this one is special because the last tournament I lost in the quarter final of the World Championship against a very strong Hania El Hammamy and that was a tough one,” said Serme after winning her 15th PSA title. 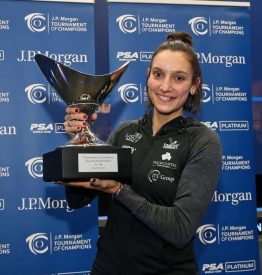 “I know Nour was not 100%, I think everyone could see it. She was not moving very well on court but it’s not easy to play someone you know is not 100%. I was just trying to not think about it, but it’s not easy and all credit to her.

“If I could have all of my team at every tournament then I would do it. It’s so nice and so important to me to have them with me. To prepare all those matches, to analyse every match, usually we analyse when I lose but this week we have been analysing when I have won, so it was very interesting. I wish they could come every time.”

ElShorbagy and Serme take home over $25,000 each in prize money and also qualify for the season-ending PSA World Tour Finals. The PSA World Tour Finals take place in June and feature all seven PSA World Tour Platinum title winners and reigning World Champions, with the other spots being made up of the highest-ranked players on the Road to Egypt Standings. 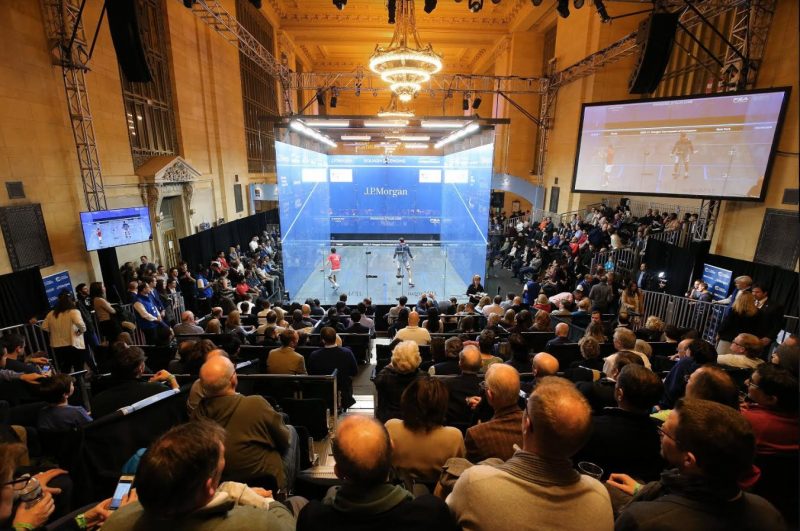 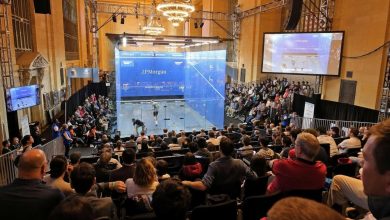