ElShorbagy one win away from reclaiming World No.1 spot after reaching J.P. Morgan Tournament of Champions final

Egypt’s Mohamed ElShorbagy will reclaim the World No.1 spot from current incumbent Ali Farag if he can overcome World Champion Tarek Momen at New York’s Grand Central Terminal when they go head-to-head in the final of the prestigious J.P. Morgan Tournament of Champions. 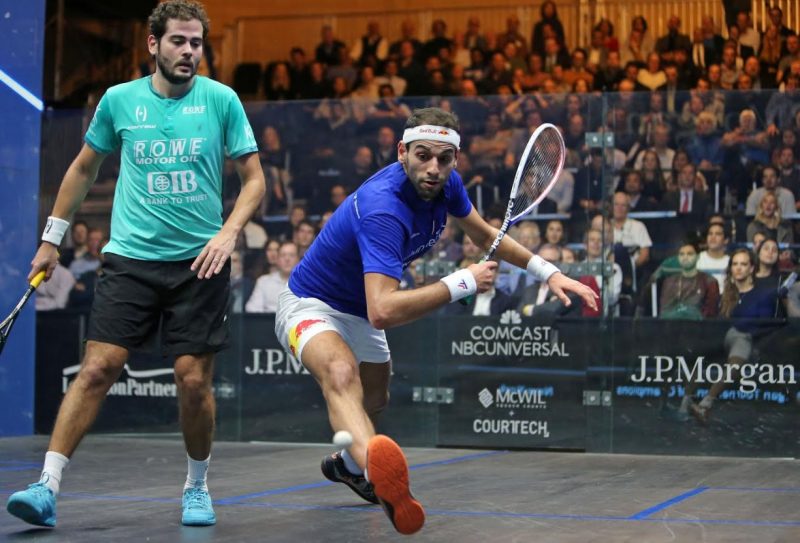 The 29-year-old saw his 12-month reign as World No.1 come to an end when he surrendered a two-game lead to Farag in a final defeat at the 2019 edition of the Tournament of Champions.

But he now has the opportunity to claim top spot for the fourth time after he overcame World No.4 Karim Abdel Gawad, while Farag fell to Momen in all-Egyptian semi-finals in the men’s event. 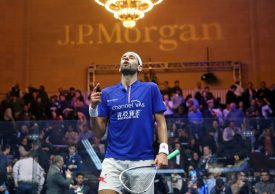 ElShorbagy was on the losing side in his two previous matches against 2017 champion Gawad, but he put in a peerless display to claim an 11-9, 11-8, 11-8 victory which will see him compete for a third Tournament of Champions title.

“This was the match that I was most nervous for so far in this event,” said ElShorbagy afterwards.

“He was going for it in the first two games and created such a high pace, and I was a bit nervous as well with Ali losing the match before me and giving me the possibility of maybe going to World No.1 if I win tomorrow. I had all these things going through my mind.

“I had to use all of my experience and I’m really happy to be back here in another final. This is my sixth tournament this season, and I’ve made five finals. It’s not easy to back it up every season, but there’s nothing else I would want to be doing than playing finals like this.” 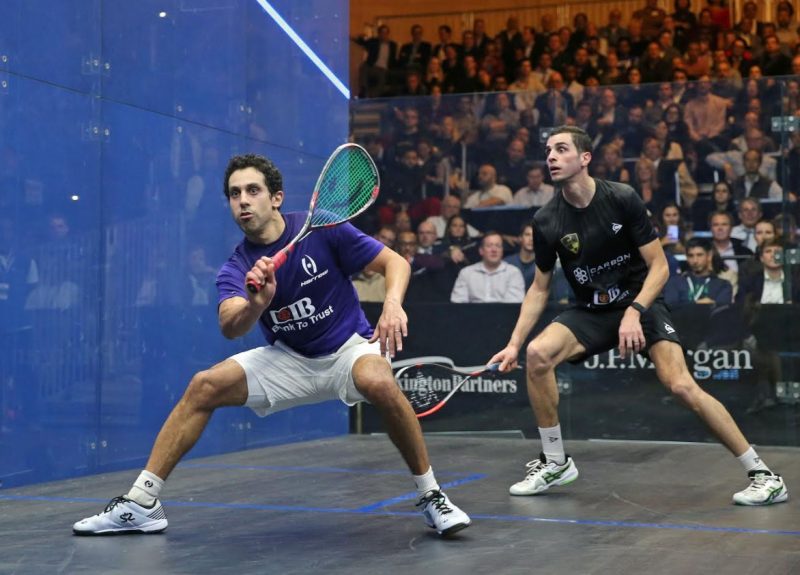 Momen, playing his first PSA tournament since capturing the World Championship trophy in November, stormed into a two-game lead against Farag, who looked to be feeling the effects of a 62-minute battle against World No.5 Paul Coll in the quarter-finals.

A loss of concentration and an increase in performance level from Farag saw him draw level at two games apiece, but Momen had just enough in the tank to see the win over the line, and he will compete in a second Tournament of Champions final after falling to Germany’s Simon Rösner in the 2018 title decider. 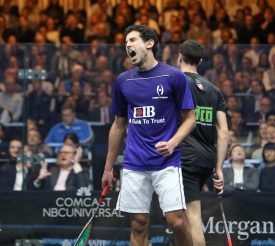 “All credit to Ali, the way he’s come back after the tough times he has had is just unbelievable and it shows what kind of a fighter he is and it really shows why he is the World No.1 at the moment,” Momen said.

“I knew I had to fight for every point. I was in the situation last April in El Gouna when I was 2-0 up and he managed to come back and win it 12-10 in the fifth. I really didn’t want that to happen again and I had a few chances in the third to close the gap or get a lead and I lost it and in the fourth I thought I was very close and then he ran away with it. I came into the fifth and I wanted to impose some character, I didn’t want to succumb to defeat.”

The women’s final will feature France’s Camille Serme and Egypt’s Nour El Sherbini after they claimed semi-final wins over World No.3 Nouran Gohar and World No.6 Joelle King. 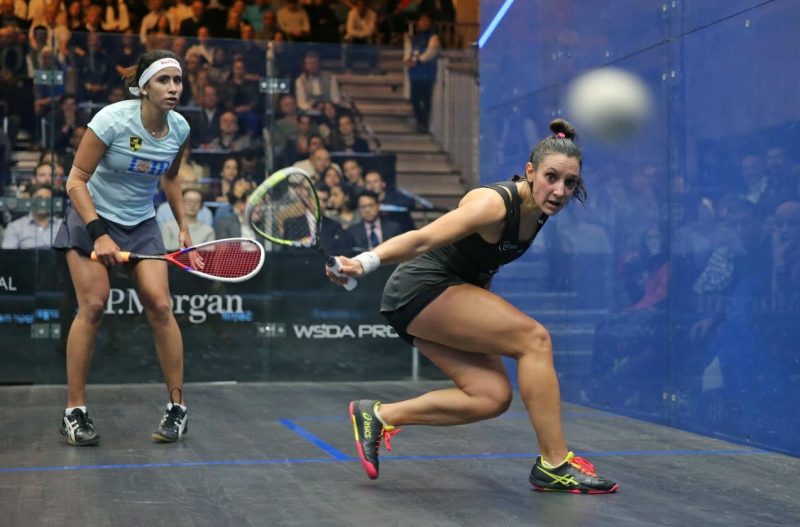 World No.5 Serme, who beat England’s Laura Massaro to win the 2017 Tournament of Champions, overturned five match balls against Gohar to follow up her quarter-final upset of World No.1 Raneem El Welily.

The Frenchwoman initially struggled with the intensity of Gohar’s hitting, but played some immaculate squash to send the match to a fifth game after twice falling a game behind. She then showcased her resilient side to withstand Gohar’s efforts to close out the match, and finally claimed victory on the third of her match balls in the tie-break. 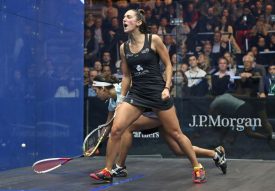 “Nouran is always such a fighter and her nickname ‘The Terminator’ is such a good nickname because she just hits the ball so hard all the time. It’s funny because I don’t usually see her tired, but today I could see some signs and I thought maybe I could see a chance. So many things happened in my head during the match, I can’t believe I won, I was 10-7 down in the fifth, but I believed.”

Serme has now beaten four Egyptian players en route to the final – with three of those matches going to five games – and she will take on yet another player from that nation when she looks to end a four-match losing streak to El Sherbini. 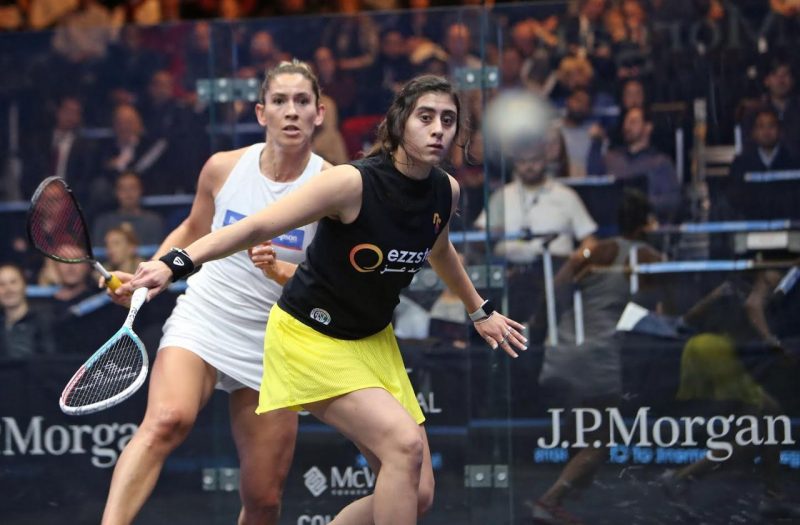 El Sherbini is aiming to become the first woman to win four Tournament of Champions titles and she booked her final berth after axing King by an 11-6, 11-9, 6-11, 11-3 margin. 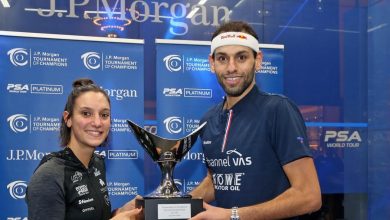