Tomorrow will mark one year to go until the 2022 Commonwealth Games gets under way in Birmingham, England.

The 2022 Commonwealth Games will feature 25 sports – including squash – and will take place between Thursday July 28 – Monday August 8, 2022.

Since then, England have enjoyed the greatest success at the Games, winning 38 medals in total, with Australia (33 medals) and New Zealand (13 medals) also proving to be prolific.

All three nations tasted success at the most recent edition of the Commonwealth Games, which took place in 2018 on the Gold Coast, Australia. England’s James Willstrop beat Kiwi Paul Coll to win gold in the men’s singles, while the result was reversed in the women’s singles as Coll’s compatriot – Joelle King – overcame English No.1 Sarah-Jane Perry.

Australia’s Zac Alexander and David Palmer prevailed in the men’s doubles, while Donna Urquhart and Cameron Pilley won gold for Australia in the mixed doubles. King picked up her second gold of the 2018 Games when she teamed up with Amanda Landers-Murphy to win the women’s doubles.

There will be a one year to go celebration held tomorrow on Centenary Square in Birmingham between 10:00-18:00 GMT+1. Squash United by Birmingham 2022 aims to grow the sport and leave a lasting legacy after the Games and is supported by the World Squash Federation (WSF), as well as England Squash and the PSA Foundation.

A mini perspex glass court will be erected on Centenary Square, and fans will be invited to take part in a longest rally competition, while some of the leading British squash players – such as Joel Makin, Tesni Evans, Declan James and Millie Tomlinson – will take part in a pro demo of the sport to showcase squash to a wider audience.

“The Commonwealth Games is a unique opportunity for players to showcase their incredible skill and athleticism not only to a large live audience in the main squash arena, but also for squash to reach vast new audiences via the Games’ broadcast across the Commonwealth,” said WSF President Zena Wooldridge.

“I am sensing this will be a very special games for squash, with fans keener than ever to support the event and the players, with a number of the top players now based in Birmingham.

“It also seems likely that more nations than ever are keen to enter this year and enjoy the vibrancy and warm welcome of the host city and the fantastic venue at the University of Birmingham.”

Kenilworth-based Perry – who lives less than 25 miles away from the host city – is looking forward to an exciting week at the Games and said:  “Winning silver in 2018 was amazing. I went into the games with my sights set on a medal, so even though at the time losing the final was extremely disappointing, I had achieved my main target.

“Having been born in Birmingham and lived so close by my whole life, the reality of the Commonwealth Games coming to Birmingham in the prime of my career is something so incredible I struggle to find words to convey. With just one year to go it feels closer, and more real, every day and the excitement of competing in front of so many of my family and friends is definitely building as well.” 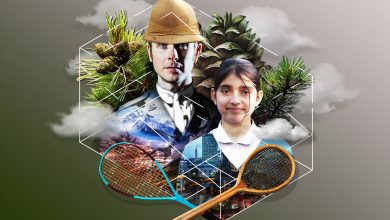 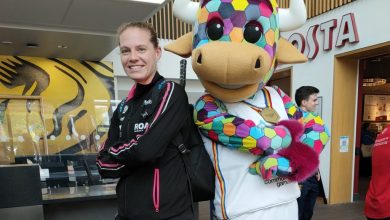