While Egypt’s defending champion and event favourite Marwan Tarek led all the top 16 seeds safely through to the men’s last 32 round of the WSF World Junior Individual Squash Championships in Chennai, three unseeded Indians survived the first two rounds at the Indian Squash Academy and will provide significant local interest for the hosts on day two.

171 U19 athletes from 27 countries are competing in the premier annual World Squash Federation junior championships for men and women which got underway on Wednesday (with the women’s event starting on Thursday) and will reach their finals on Monday 23 July – and this will be followed by the biennial Men’s World Junior Team Championship from 24-29 July. 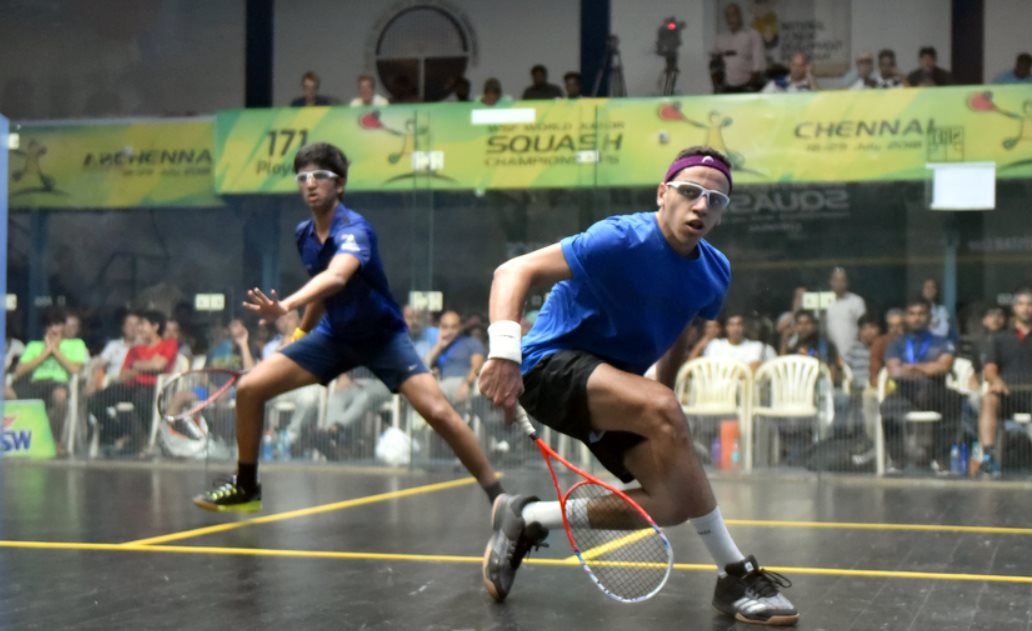 Tarek began his title defence with a straightforward 11-5, 11-7, 11-7 second round victory over local player Advait Adik (both pictured in action above). The 18-year-old from Cairo now faces Malaysian Muhammad Amir Amirul Azhar for a place in the last 16. 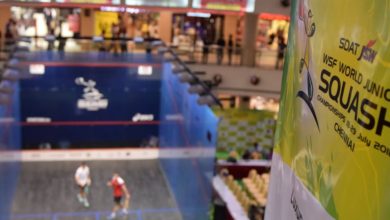 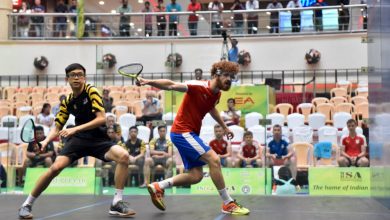 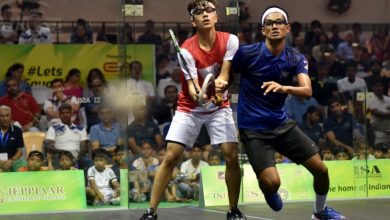