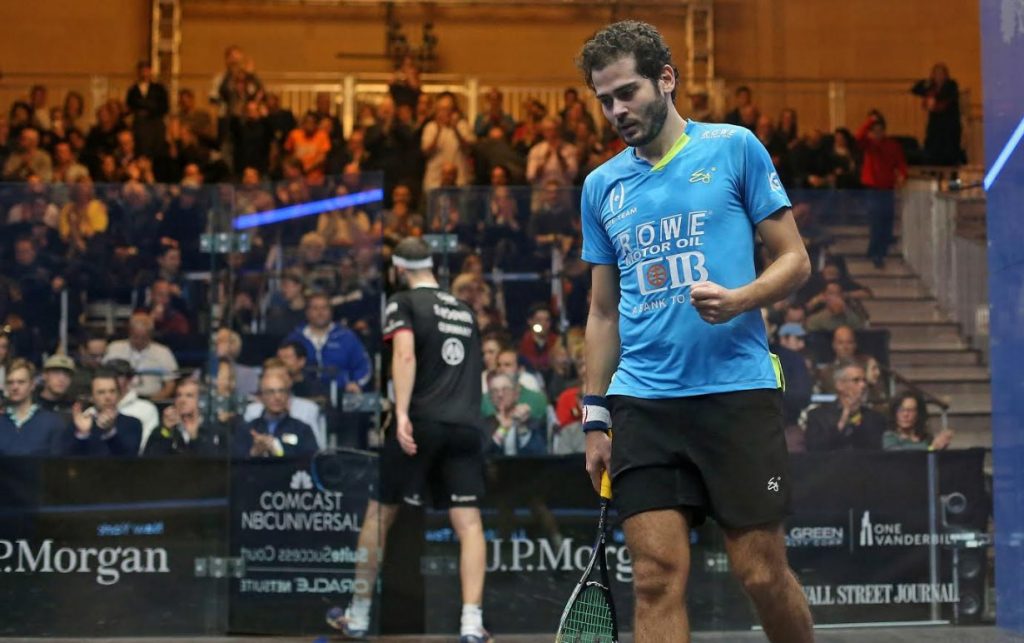 Ten of the tournament’s remaining fourteen players are Egyptian following the women’s round of sixteen and first half of the men’s quarterfinals.

The most definitive match of the day saw Karim Abdel Gawad resurrect the same form that saw him win the 2017 ToC and reach world No. 1 to knock out defending men’s champion and world No. 3 Simon Rösner. A far cry from Gawad’s tournament-opening form that had the eight seed on the brink of elimination in the second round until injury stifled Joel Makin on Thursday, Gawad stopped the German in his tracks. The twenty-seven-year-old’s hit all his marks as he fired his way to a decisive 11-4, 11-7, 11-5 victory.

“Simon beat me the last two times last season, and he is now the world No.3.He has improved a lot, and he was always top ten, but now he is even better than he used to be. He is the defending champion here so it was a very tough match, of course. I had to be very strong mentally in order to win against someone like Simon, especially a 3-0 win. I had to focus 100% today.” Karim Abdel Gawad 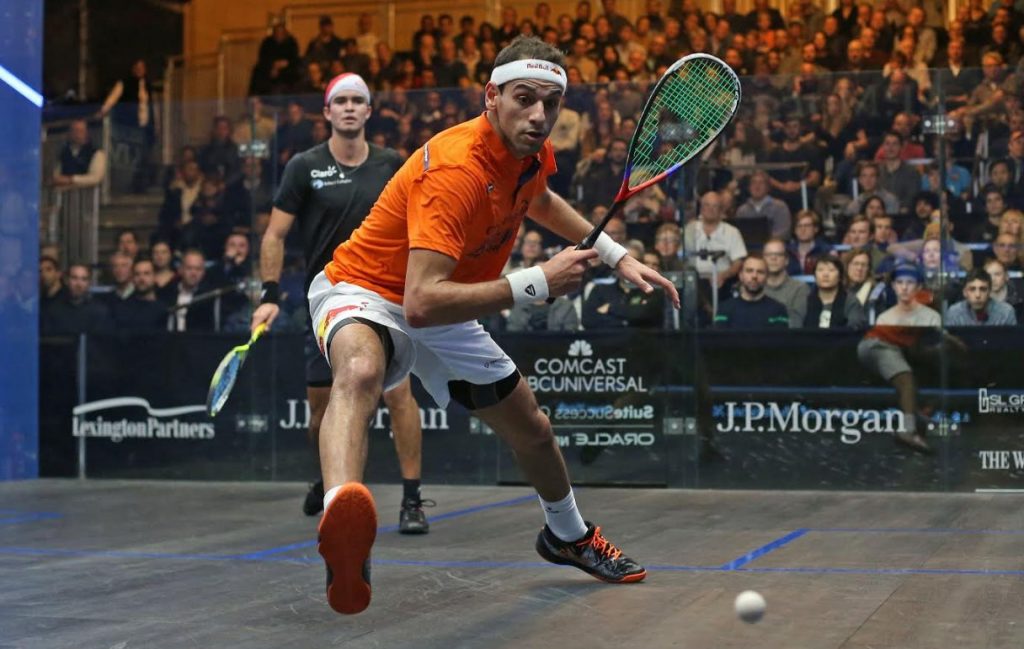 Gawad’s next test in the semifinals will come against world No. 1 and two-time ToC champion Mohamed ElShorbagy, who defeated Peru’s Diego Elias in the match of the day. ElShorbagy had to use every ounce of fitness, experience and skill to come back from 2-1 down against the twenty-two-year-old and advance in five games.

“This kid is going to beat us all one day. We have played four times now, and all four have gone to five games. He beat me the last time, he just showed what a great player he is and there is no doubt he is a future No. 1 of the game.” Mohamed ElShorbagy 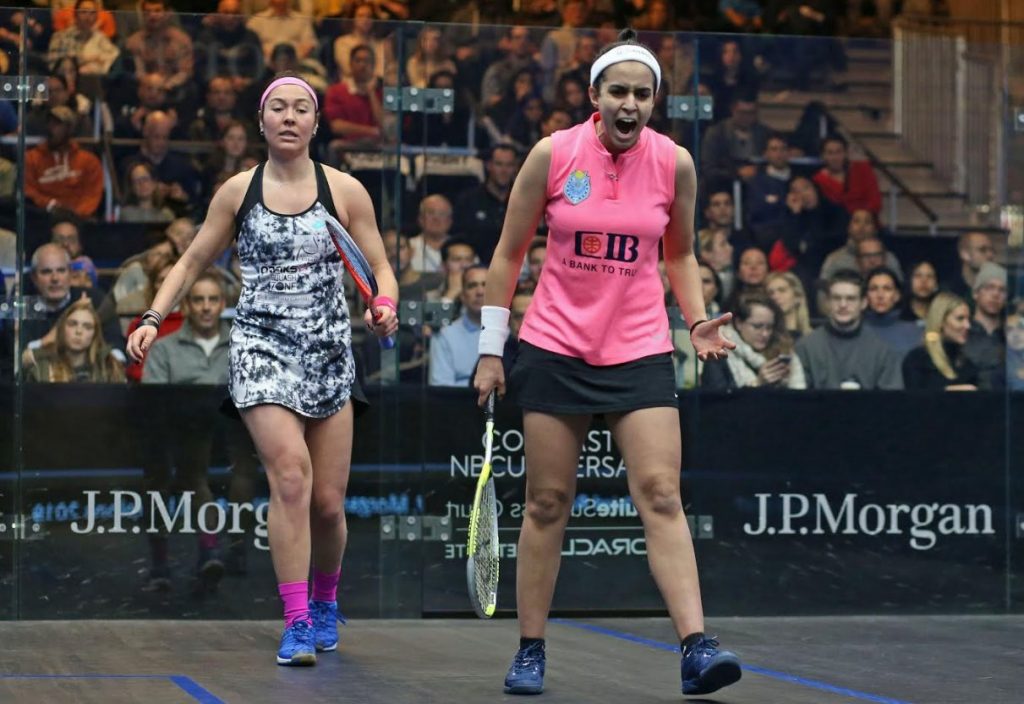 On the women’s side, world No. 3 Nour El Tayeb extinguished home hopes by avenging her five-game U.S. Open loss against American Amanda Sobhy in October with a five-game win of her own during the afternoon session. The back-and-forth match saw both players go on streaks of control, until El Tayeb edged ahead in the fifth after forty-eight minutes.

“Ever since the draw came out, I’ve been thinking about this match. It took a lot of fighting to be able to be in the match. I had Ali and Raneem in my corner, the world No. 2 and the world No. 1, so they were just trying to keep me disciplined, encourage me and thankfully I fought until the end.” Nour El Tayeb

Defending women’s champion and world No. 2 Nour El Sherbini displayed her intent on reclaiming world No. 1 with a clinical win over Team USA’s Olivia Blatchford Clyne in three games. El Sherbini will take on compatriot Salma Hany in Tuesday’s quarterfinals after the twenty-two-year-old world No. 16 pulled off the only women’s upset over world No. 7 Laura Massaro in three games. 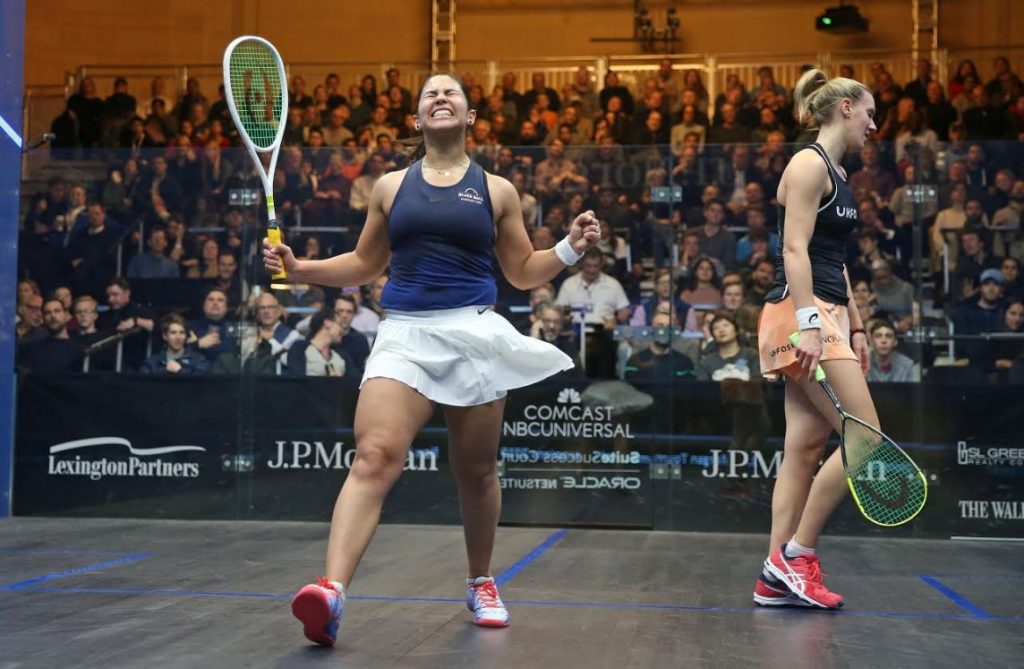 “I have been working towards this for so much time now. I just relaxed and this is my first ever quarter-final in a [Platinum] event. Every time I step on this court, especially in this amazing venue, I get a bit nervous. When I talked to my physical coach, he told me that the most important thing is to enjoy my game and every time I was getting nervous, and I was thinking that I was getting closer to the quarter finals, I was just thinking about relaxing and to enjoy it like I was dancing.” Salma Hany

France’s Camille Serme  the 2017 ToC champion – and New Zealand’s world No. 4 Joelle King guarantee at least one non-Egyptian women’s semifinalist. King contested one of the day’s extended matches against eight-time world champion and world No. 11 Nicol David – holding off a late comeback against the Malaysian to win in four games. Serme goes into Tuesday’s quarterfinal against King without dropping a game all tournament. 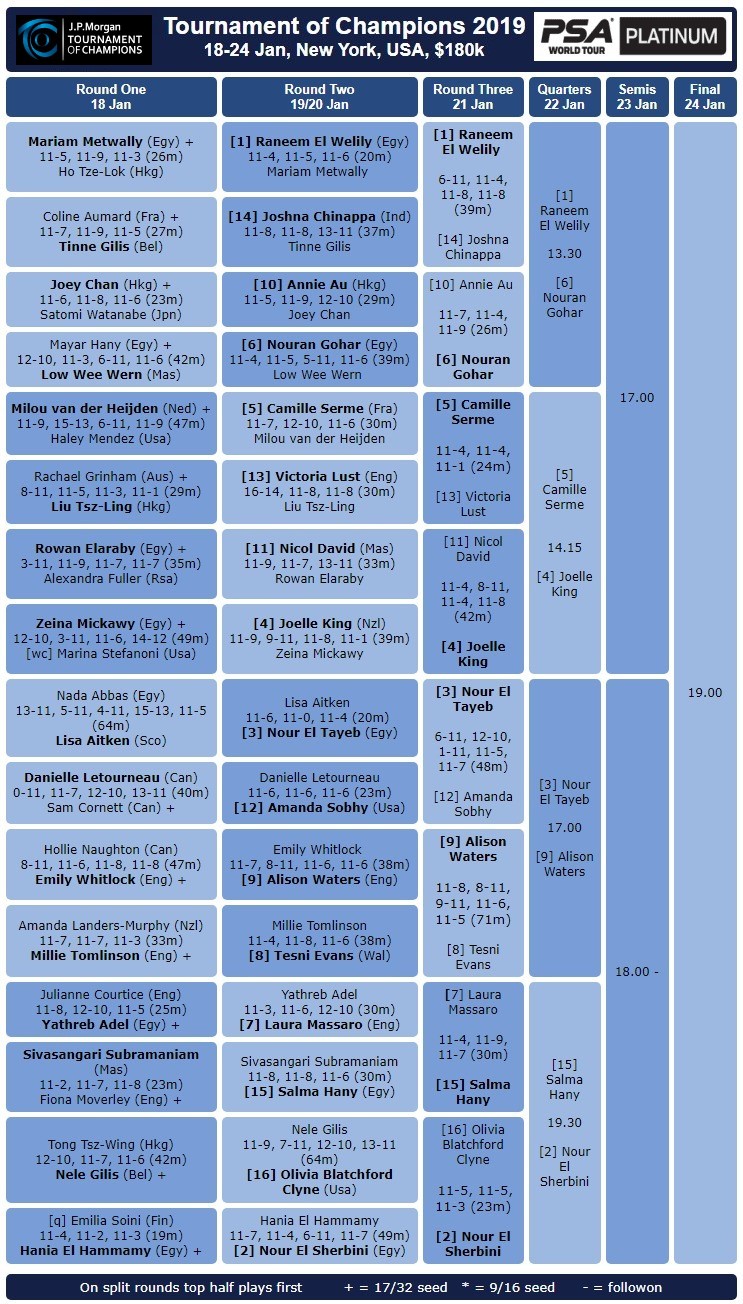 Tournament of Champions Days One to Five reports 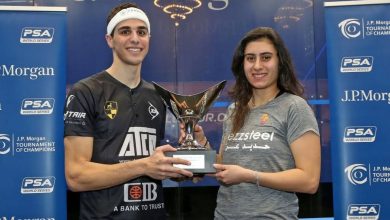 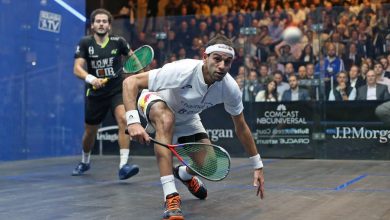 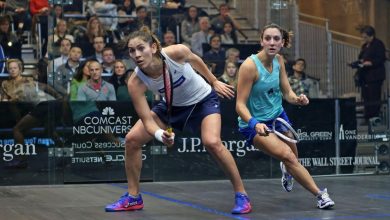