Day 4 at the BETARD WSF World Masters Championships 2022 saw two of the biggest upsets yet, coming from players from two distant parts of the world: Poland and Japan.

Przemysław Atras, the [9/16] seed in the M35+, former national Champion and long time Polish number 1, delighted the fans in Wrocław after he beat the Mexican [3/4] seed Oscar Lopez Hidalgo in fourth entertaining games. The Pole will now play Pakistan’s Karamatullah Khan [5/8] for a place in the semifinals.

Interestingly, Atras was one of the very few players who managed to beat Khan during his almost unbeaten stint in Poland during the years 2010-2017. Can the home favourite produce the magic again tomorrow?

A bit of magic was also needed from England’s Natalie Lawrence [1/2] in the W40+ draw, as she fought off Czech Republic’s Hana Vavříková [5/8] in a unsteady 5 game battle on the all-glass court. The win means Lawrence advanced from the group stages to the medal playoff where she will face RSA’s Karen Blom [2/2] and Phillipine’s Regina Borromeo [3/4].

In the W55+ draw, the seeds finally got into action. The second of the big upsets mentioned at the start was Japan’s Rieko Oshima [9/16] winning 3:1 against England’s Karen Webb [3/4]. Oshima will now face another [9/16] seed, France’s Valerie Neoschil for a place in the semifinal.

There was a big scare for Finland’s Bertil Walli [3/4] in the M80+ draw as unseeded Australian Barry Durham took him all the way in a stunning 5 game battle. Walli was able to just take it at the finish line, winning 12-10 in the decider. This means he tops his group and will compete for the 1-4 spots together with Adrian Wright (England), Michael Gough (USA) and Tom Slattery (Australia).

On Thursday there will be matches with medal implications all over them and places in the semifinals up for grabs in many draws. Matches start at 10:00 AM (GMT+2). 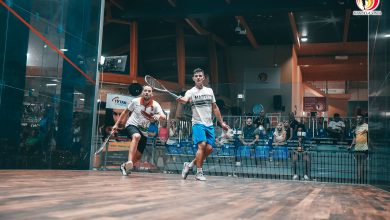 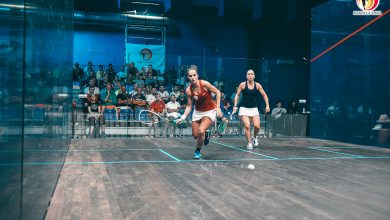 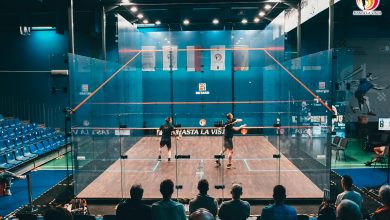 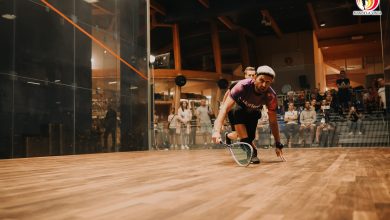