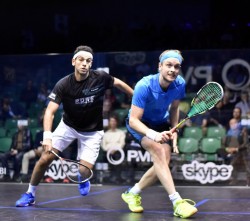 32-year-old Englishman James Willstrop recorded one of the biggest wins of his career as he upset the odds to knock World No.1 Mohamed Elshorbagy out of the 2015 Men’s World Squash Championship at the third round stage in one of the biggest upsets in the tournament’s 39-year history.

In front of an enraptured crowd at the Meydenbauer Centre in Bellevue, Washington the former World No.1, whose ranking has plummeted to a 12-year low of No.24 over the last 18-months as he has battled back from a career-threatening hip injury, produced a performance of unparalleled accuracy and control to restrict the powerful Egyptian and send shockwaves through the tournament. 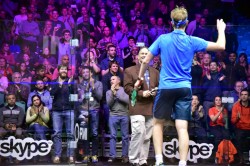 “In the context of everything that has gone on over the past 18 months this is maybe one of my best ever performances – it’s probably as good as I have ever played all things considered,” said the Yorkshireman.

“But it is about so much more than squash. It’s people’s days and lives and efforts – it’s such a selfish game but so many people behind the scenes are so selfless and I want to acknowledge everyone. I feel very lucky to do what I do and to play like that today is a hat off to all the people who’ve supported me.”

Playing with freedom and precision the 2010 World Championship runner-up dominated the opening two games, controlling the court to evoke memories of his performances during an 11-month reign as No.1 in 2011, epitomising the adage that form is temporary, class is permanent. 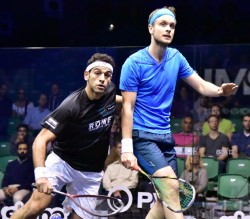 A straight games victory looked to be on the cards when Willstrop found himself 10-7 ahead in the third with three match balls in hand but Elshorbagy mounted an impressive fightback to keep the match alive. But it proved to be in vain as Willstrop recovered, maintaining his impressive levels in the fourth to take the match 11-4, 11-7, 10-12, 11-7.

“I feel great for the moment but I can’t get too carried away – it’s not the end,” he said. “This is the biggest tournament in the world and I need to get myself together now for the next round – it’s as simple as that. I’ve won but I need to perform again tomorrow.” 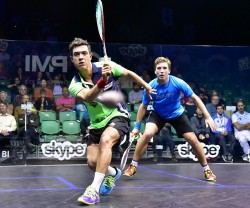 The man from Harrogate will now face Miguel Angel Rodriguez in the quarterfinals after the Colombian became the first South American player ever to reach the last eight at the World Championships courtesy of his come-from-behind victory over Frenchman Mathieu Castagnet.

“Being in the quarter-final of a World Championship is amazing, unique and very special,” said Rodriguez.

“When I saw the draw I thought to myself that I could go further than the last World Championship and I’m representing South America right now so I’m very happy with that. I think that this is important for South America to help squash grow a little bit. I have a lot of fans, not only in Colombia but South America.” 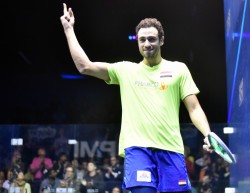 Elsewhere defending champion Ramy Ashour, the maverick Egyptian, and four-time runner-up Gregory Gaultier, the charismatic Frenchman, took one step closer to a semi-final showdown that would renew their long standing rivalry with comfortable victories while three-time winner Nick Matthew came through a testing encounter with World No.9 Marwan Elshorbagy, having to produce some of his best to see off a spirited challenge from the Egyptian man. 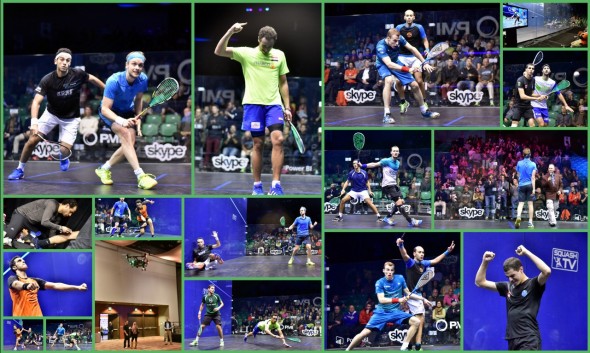 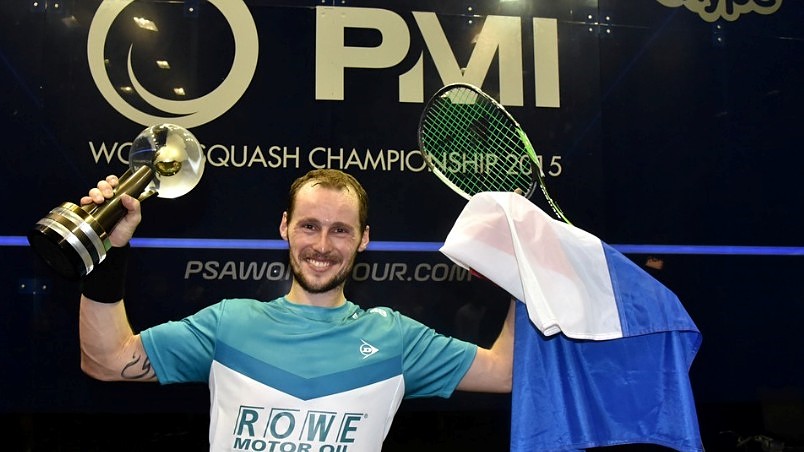 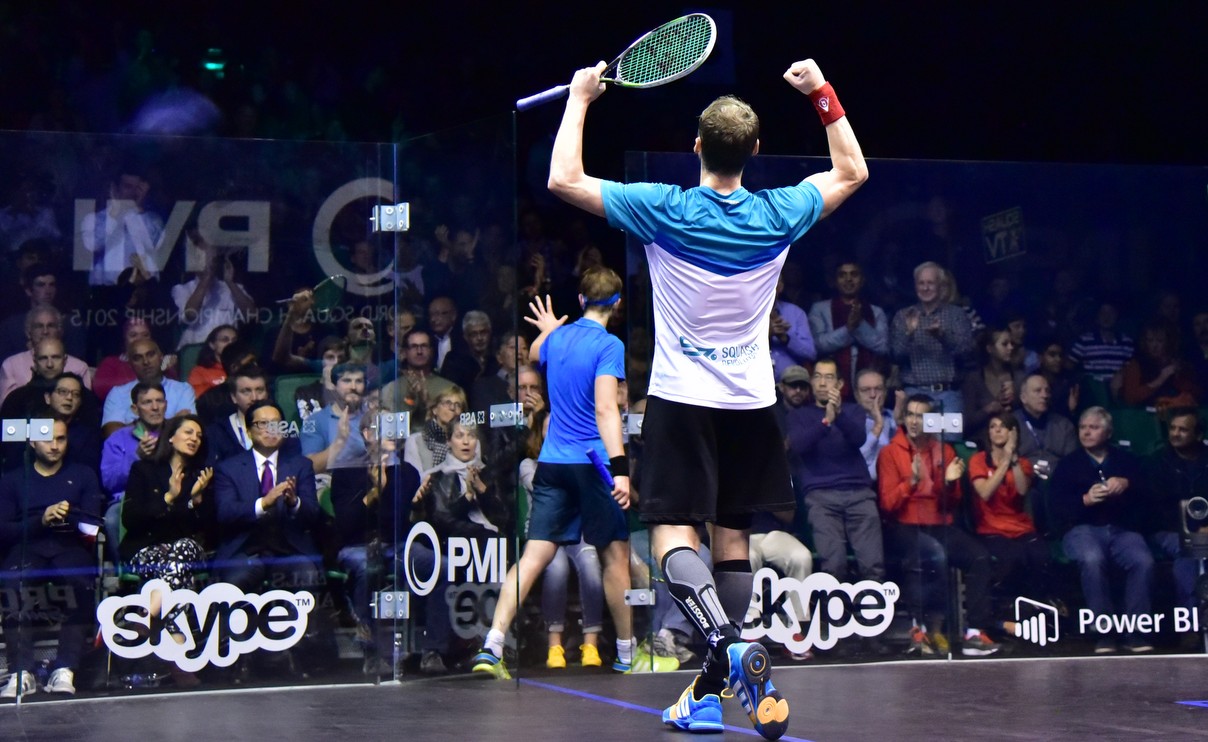 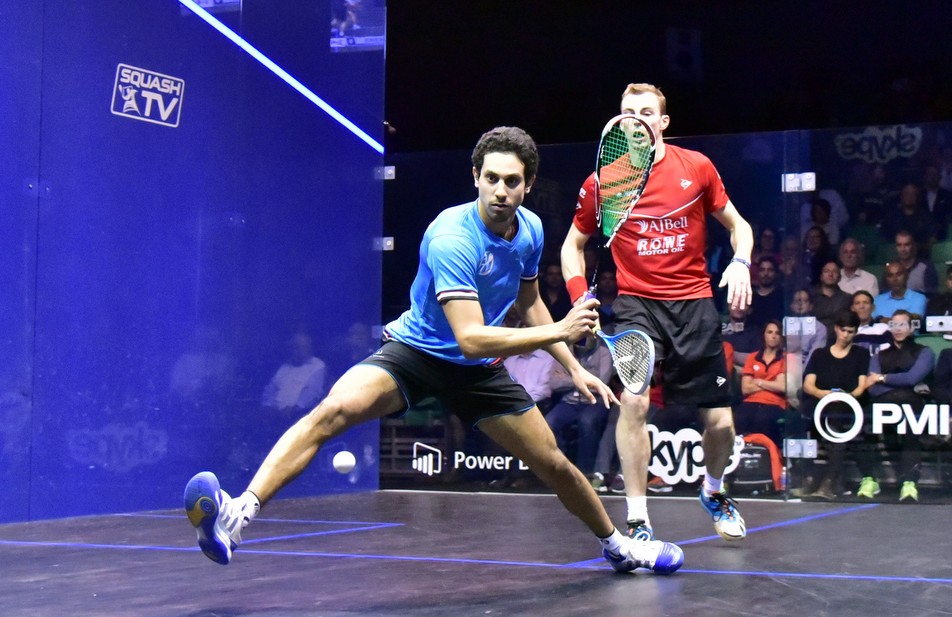