Egyptian duo Ali Farag and Nour El Sherbini have been crowned the 2020 Windy City Open presented by the Walter Family champions after they achieved victories over men’s World No.5 Paul Coll and women’s World No.1 Raneem El Welily, respectively, in the University Club of Chicago’s stunning Cathedral Hall. 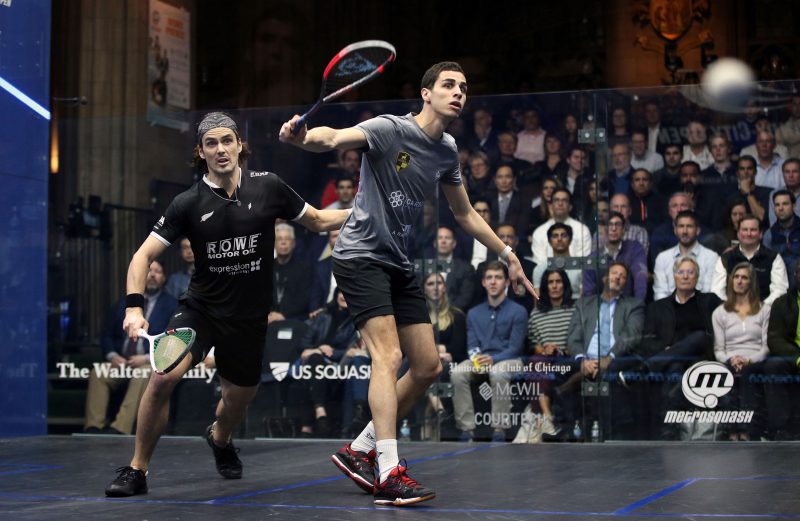 Farag completed an astonishing comeback from two games down against Coll as he captured his first Windy City Open title courtesy of a 12-14, 9-11, 11-7, 11-6 11-1 victory which sees him extend his winning streak over Coll to 12 matches. He also makes it back-to-back titles in Chicago after winning the 2018-19 PSA Men’s World Championship crown in the city last season.

Coll had ended a five-match losing streak to World No.1 Mohamed ElShorbagy and a three-match winless run against World No.4 Karim Abdel Gawad en route to the final, and shot out of the starting blocks to take a one-game lead, while he held firm to take the second after initially squandering a 7-3 advantage. 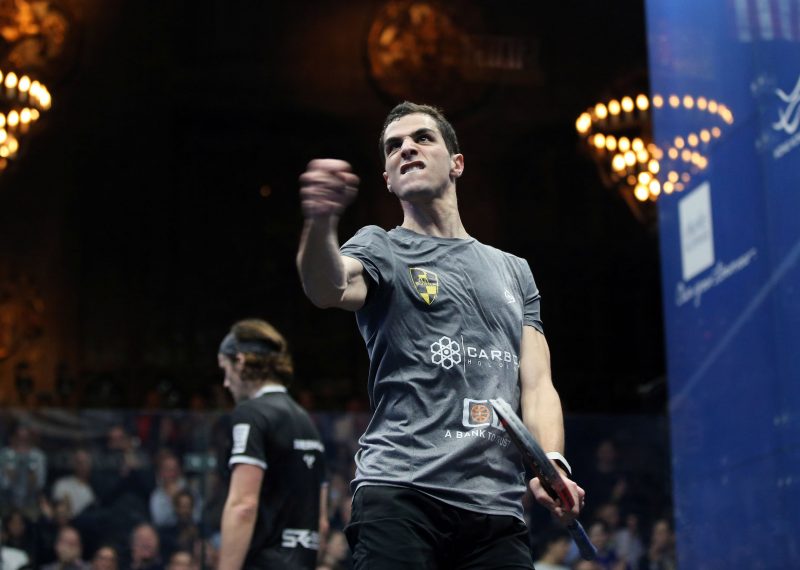 But Farag’s resurgence in that second game looked to drain Coll’s energy and confidence, and the Kiwi never looked quite the same player over the course of the next three games as Farag absorbed everything his opponent threw at him and slowly took control of the encounter.

For Farag, it’s a first PSA World Tour title since the U.S. Open back in October 2019 and represents his first title win following the death of his nephew shortly after the 2019-20 PSA Men’s World Championship in November.

“I was telling Nour [wife, El Tayeb] after the second that I still had it in me to win the last three games,” said Farag following the 19th PSA title of his career.

“I could have been the one that was 2-0 up but all credit to Paul, after beating Mohamed and Karim and I was out of it after the second. I tried to hang in there and at least if I didn’t win it then I had put some work into his legs. It has been a great week for myself and I could not be prouder. 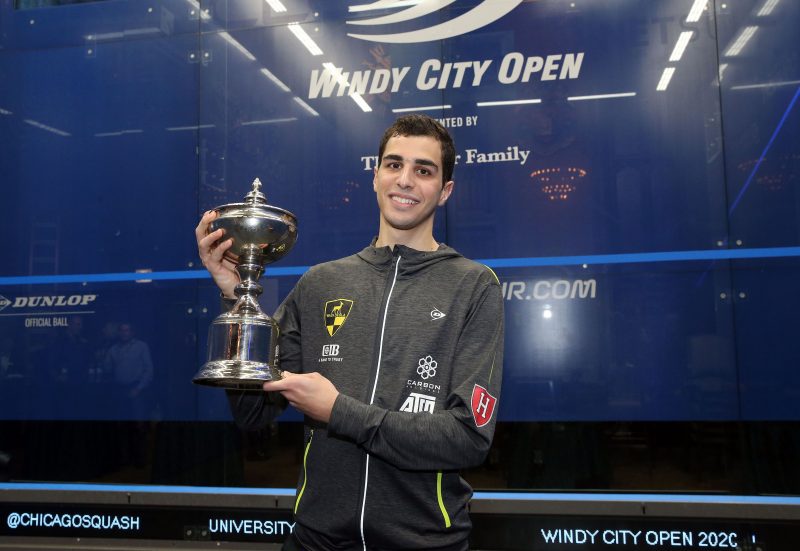 “First of all, I would like to thank my brother and his wife for staying so strong. I take inspiration from them every day and this one is for them. Karim Darwish for always letting me believe in myself. He keeps telling me that I am the best player and that pays off. My parents, they are up every morning to watch matches, and last but not least, Nour has been a great inspiration.”

World No.4 El Sherbini matched Farag in both making it successive title wins in Chicago and winning today’s final clash in five games as she followed up her title win at the 2018-19 PSA Women’s World Championship with victory over compatriot El Welily today. 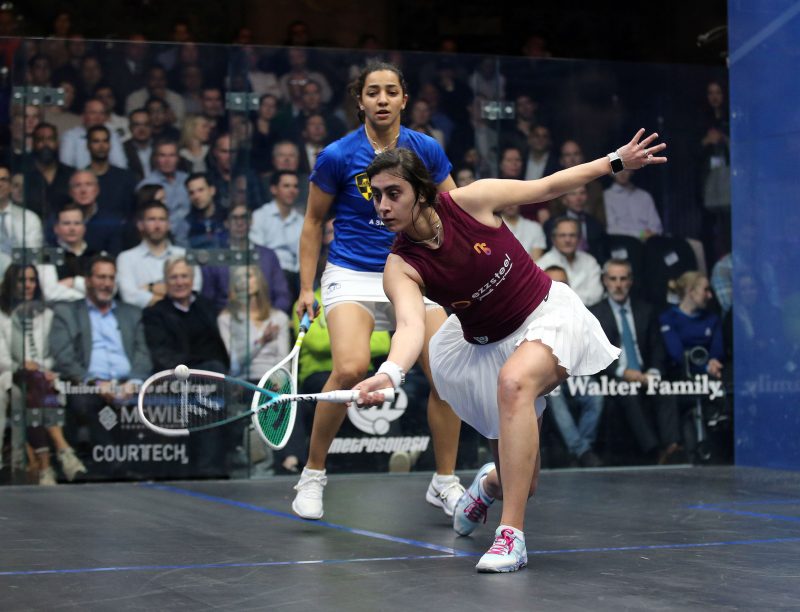 El Sherbini was a losing finalist to El Welily in the 2016 and 2017 finals but got her revenge over the three-time winner in a week which saw her brave both illness and a persistent knee injury to win this tournament for the first time.

El Sherbini has shown a remarkable ability to win titles despite not being at her best physically, as evidenced by her World Championship win over El Welily in front of the iconic Great Pyramid of Giza back in November, which was her first tournament back after undergoing knee surgery.

“Finally I got to win this tournament,” said El Sherbini after winning her 21st PSA title. 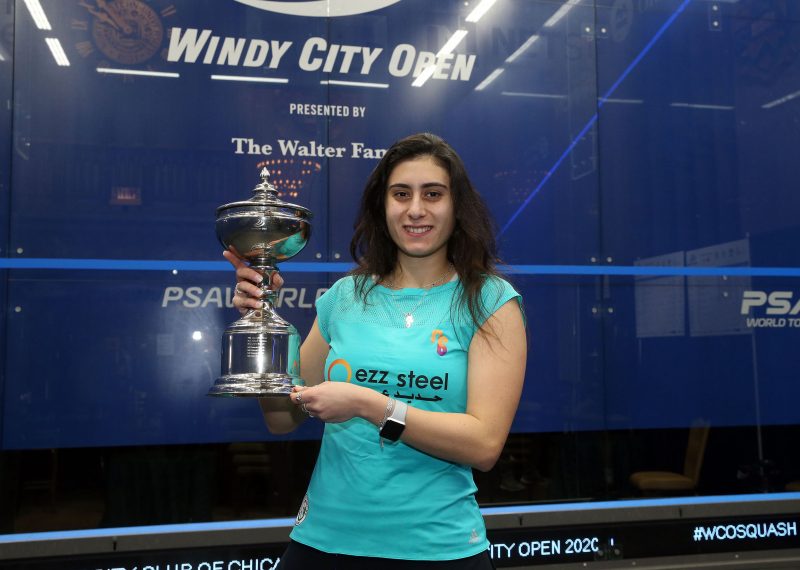 “Every year I try very hard and I think Raneem is the favourite here. She has won it three times before and she plays her best here, but I am glad it was my turn this time. This is one of the few tournaments I had not won so it was very important for me to win this title.

“I am really grateful that the tournament is over because I have been suffering the whole week [with illness], and it was very hard for me physically and mentally to prepare for every match and try to be fit and ready. I wasn’t feeling very well and I was dealing with a lot, but I am really glad that I made it to the last day and that I kept digging in until the last point in the match.”

The Windy City Open is the most lucrative PSA World Tour event outside of the PSA World Championships and both Farag and El Sherbini will take home in excess of $35,000 for their efforts in Chicago this week. 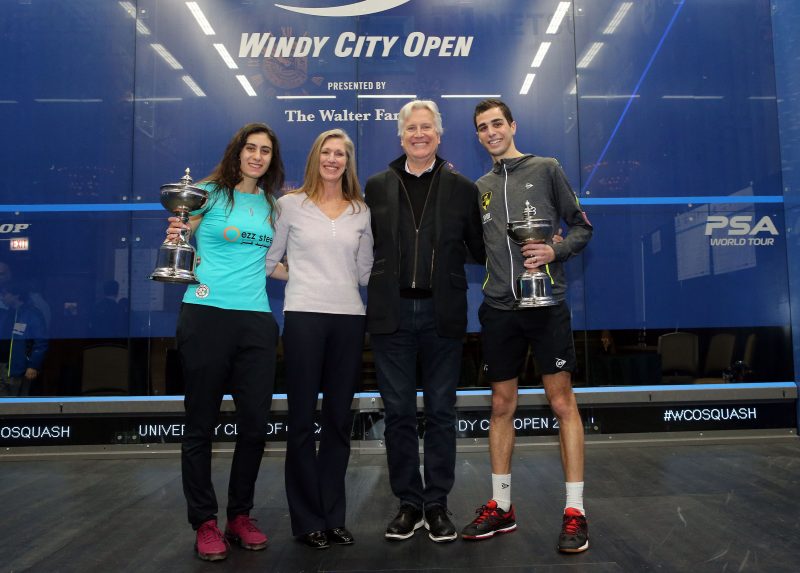 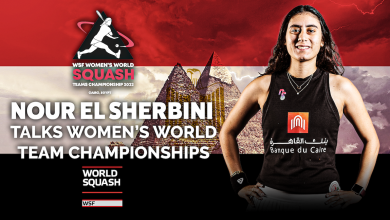 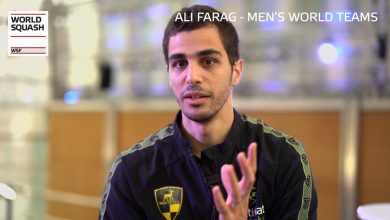 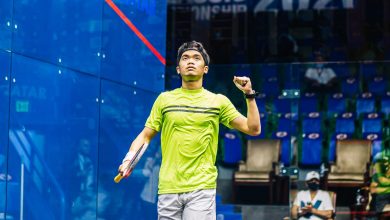