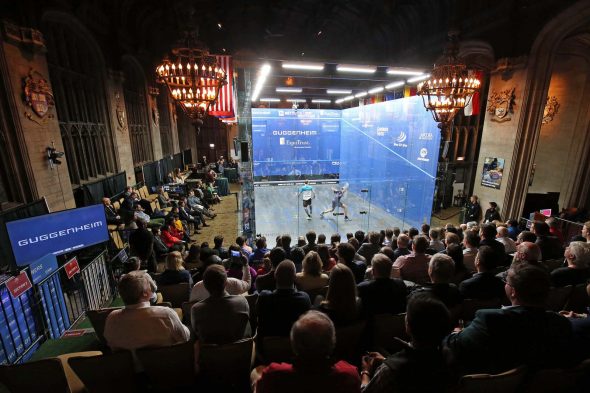 French World No.3 Gregory Gaultier picked up the 36th title of his PSA World Tour career by defeating Marwan ElShorbagy 3-1 to win the 2017 Windy City Open presented by Guggenheim Partners & EquiTrust Life Insurance Company – while Egyptian Women’s World No.3 Raneem El Welily added the 2017 title to her 2015 and 2016 crowns with a 3-1 win over Nour El Sherbini. 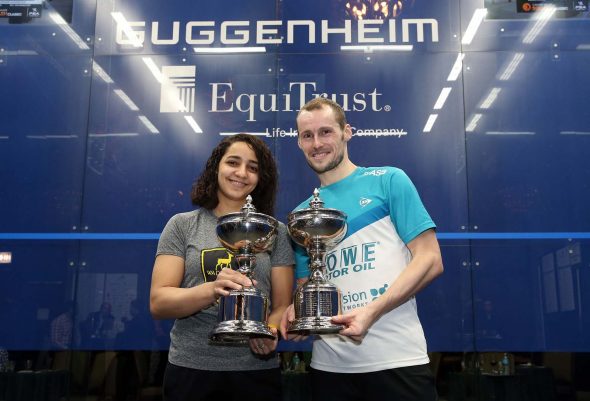 Gaultier, competing in a 75th PSA career final, has been in scintillating form so far in 2017. After finishing as runner-up at January’s Tournament of Champions and winning the Swedish Open in February he proved too much for ElShorbagy, the 23-year-old appearing in a World Series tournament final for the first time in his career. 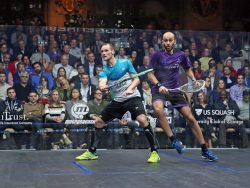 The Frenchman started slowly, looking nervous as he struggled to settle in an opener which went the way of a composed looking ElShorbagy. But Gaultier’s big game experience came to the fore as he pushed on to secure the honours and his 13th PSA World Series title 5-11, 11-8, 11-2, 11-4.

“I am really happy – it’s amazing to win these kind of major titles so it will be nice to see my name on this beautiful trophy once again,” said Gaultier, who also won here in 2014.

“It is a lovely place to play and I have been coming here for a long time. I have a lot of friends here and have always enjoyed coming back. 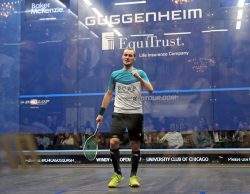 “Today he caused me a lot of trouble in the first game. He has got a lot of confidence from this week winning some big matches, especially from beating his brother the World No.1. He proved this week that he is a top player – he came through five tough matches to reach this stage which, was a tougher week than me.

“I had to find a solution and to put more pace into it and get in control because when I was playing at his rhythm he was just a better player than me.” 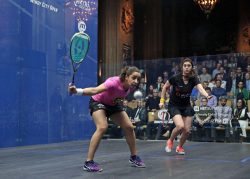 The World No.3 played superb squash from the off, using her backhand drop with devastation to punish any lose play from El Sherbini. Despite losing a close first game 10-12 it looked comfortable for El Welily as she returned to the form that took her to World No.1 in 2015. 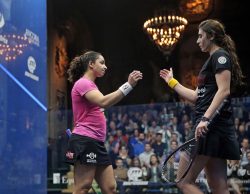 “I’m glad with how I performed after a tough match yesterday and I didn’t really expect to play that well. She played really well in the first game and I wasn’t sharp enough.

“But half way through the first I started to find my spots and my angles. Even though I lost it I knew that I was on my way to finding the right plan.

“Chicago feels like my lucky city – I’m always happy to be here.”

During the trophy presentation it was announced the the 2018 Windy City Open will become the most lucrative PSA World Tournament ever, boasting a $500,000 prize fund that will be split equally between Men and Women. 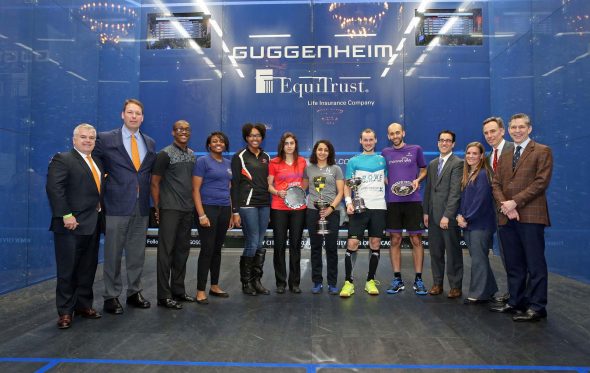