Coll Sends World No.1 ElShorbagy Out of Windy City Open

New Zealand’s Paul Coll claimed his first ever win over World No.1 Mohamed ElShorbagy to send the defending champion out at the quarter-final stage of the Windy City Open presented by the Walter Family. 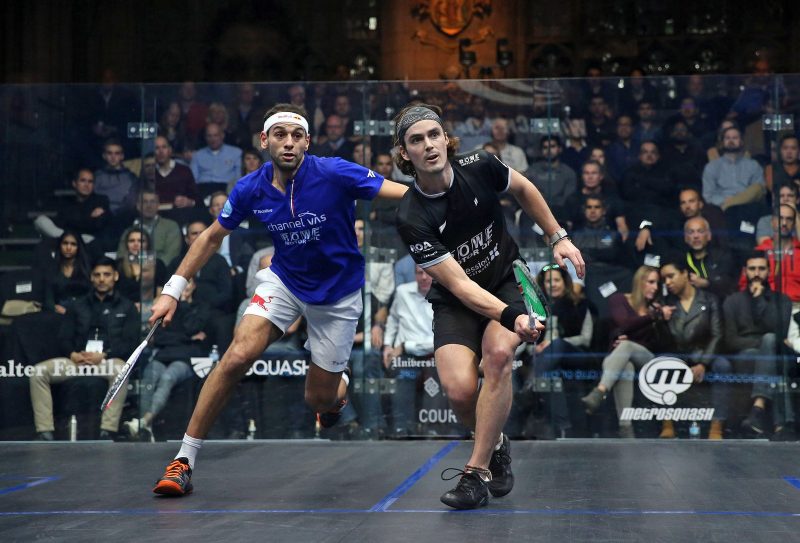 World No.5 Coll had lost all five of his previous meetings with ElShorbagy on the PSA World Tour but, in front of the stained glass windows of the University Club of Chicago’s Cathedral Hall, the Kiwi claimed one of the most significant victories of his career to date as he outclassed his opponent by a 12-10, 11-7, 11-6 scoreline to reach the last four.

“I was just trying to get into a really good headspace,” said Coll.

“I had a really good opportunity at the ToC [J.P. Morgan Tournament of Champions] and last week I was in another final. I am just trying to really enjoy the battle out there. Mohamed is such a class act and he has been top of his game for the last five years, if not more, so I just wanted to really enjoy the match with him today.

“I am not ashamed of that [five-match winless run] record. I have been chipping away slowly and getting more confident. For me, it is just a case of trying to improve day by day to challenge those guys. I am learning every day and I had the confidence today and it worked out for me.” 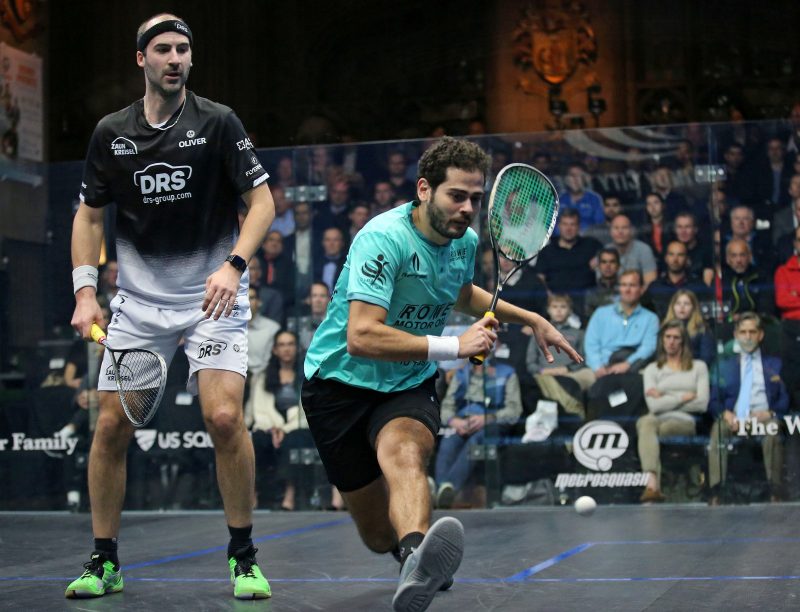 Coll will line up against World No.4 Karim Abdel Gawad for a place in what would be a first PSA Platinum final, and he will aim to end a three-match winless run against the Egyptian, who came through in five to beat Germany’s Simon Rösner.

Meanwhile, World Champion Tarek Momen was taken to five games by Spanish veteran Borja Golan, before ultimately pulling through in the fifth to reach a second Windy City Open semi-final in a row.

World No.33 Golan was a surprise quarter-finalist but gave Momen a run for his money, with a scintillating performance from the Spaniard seeing him take the World No.3 to a decider against the odds, but Momen held his nerve to win 11-7, 3-11, 11-6, 4-11, 11-3.

“Today was unreal, the gets he was getting, the physicality he was showing on court, it doesn’t show that he is 37, he could play for three or four more years. He played a very good match and I’m very happy to get through in five.” 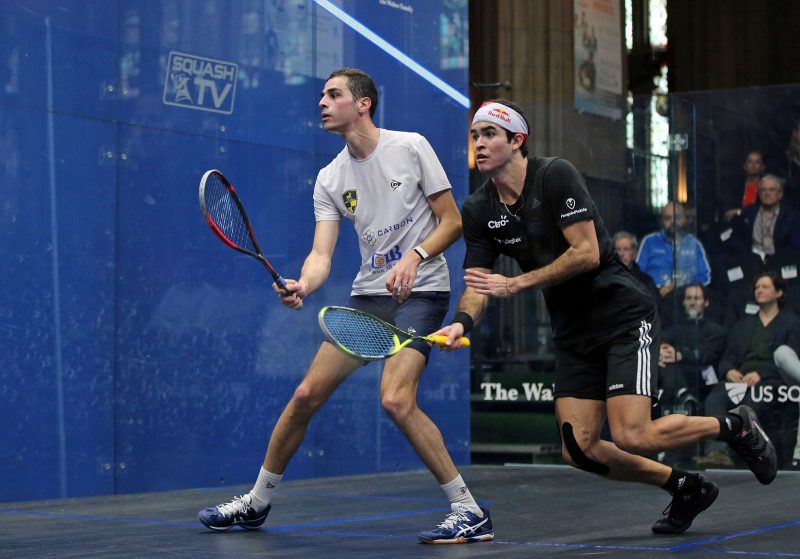 World No.2 Ali Farag will clash with Momen after moving through to a third straight Windy City Open semi as he put in one of his best performances in recent months to beat Peru’s Diego Elias 3-0.

Farag was on fire right from the off as a series of lengthy rallies looked to suit the Egyptian, who sent Elias into all four corners of the court, with the Peruvian breathing heavily early on. He was tested by his opponent in the third as Elias finally put some work into Farag’s legs, but he absorbed everything Elias threw at him to book his spot in the last four. 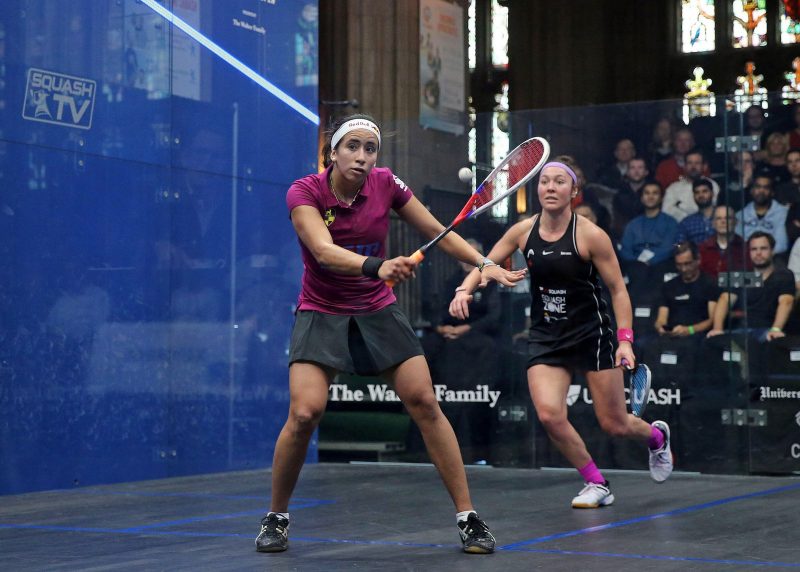 Meanwhile, World No.2 Nouran Gohar brought an end to US hopes in the women’s event as she axed the country’s No.1 player Amanda Sobhy in straight games, ending a three-match losing streak to the American.

Gohar is nicknamed ‘The Terminator’ on tour and the 22-year-old lived up to that nickname as she played at an electric pace and found her line and length right from the off to complete an 11-6, 11-8, 11-8 victory in 30 minutes.

“For me, it’s the toughest draw to get playing Amanda,” said Gohar.

“The head-to-head speaks for itself. I don’t think anyone else has a record like this, beating me six times. I was just trying to focus on not playing the most beautiful squash, but the most efficient to be able to beat her today.”

Gohar will play World No.1 Raneem El Welily for a place in the final after the three-time champion defeated United States No.2 Olivia Blatchford Clyne 11-7, 11-8, 11-6. 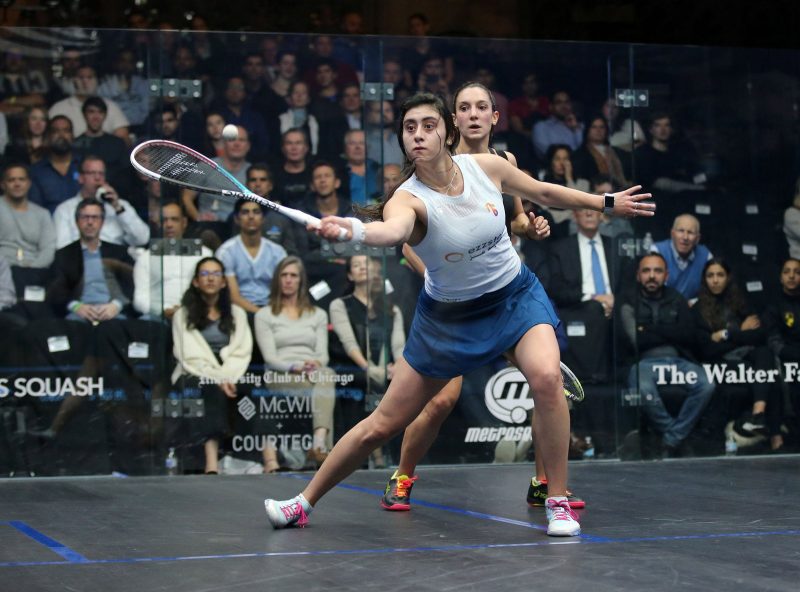 World Champion Nour El Sherbini avenged her J.P. Morgan Tournament of Champions final defeat to World No.3 Camille Serme after fighting to an 11-8, 11-5, 8-11, 11-9 victory in 45 minutes.

The World No.4 has suffered with illness and a long-standing knee injury this week in Chicago, but kept her focus at the crucial moments to move to within one win of a third final Windy City Open final appearance.

“My mother kept telling me to not let it get to five, I had to finish it as quickly as possible,” El Sherbini said afterwards.

“I have played Camille before and I knew I had to finish it in four and not make it any longer. She has been playing amazing the last two tournaments. She is beating only Egyptians and she beat me in our last meeting at the final of the Tournament of Champions. I was just trying to be steady for every shot and to stick to my game plan.”

Sherbini’s semi-final opponent will be Sarah-Jane Perry, the English eighth seed who, like Coll, prevented an Egyptian clean sweep as she ended the run of Rowan Elaraby in five games. 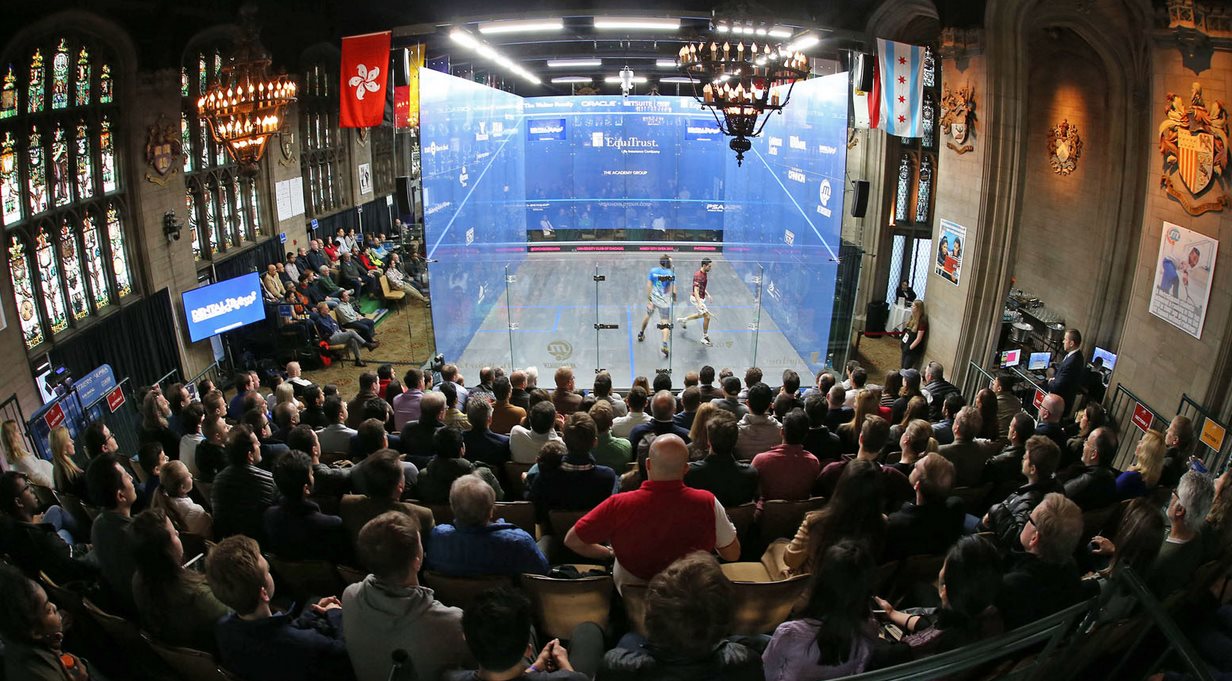