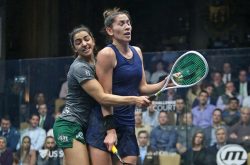 New Zealand’s World No.9 Joelle King will compete in the final of a PSA World Series event for the first time in her 13 year career after she knocked World Champion and three-time tournament winner Raneem El Welily out of the 2018 Windy City Open presented by the Walter Family & EquiTrust Life Insurance Company in a five-game thriller.

El Welily – who was targeting her fourth Windy City crown – looked determined in the first game as she hit with fierce accuracy to take the opener. However, King came back strong to reach the lucrative final – with this year’s event offering a record high prize fund of $250,000 in both the men’s and women’s draws.

“I’m just over the moon that I was able to hold my nerve in the end in what was another brutal battle,” said King following her huge win.

“I definitely think I’m playing the best squash of my whole career right now. I think the injury helped me go away and figure out a few things that were missing in my game and I’ve never really looked back.

“The exciting thing is that I still feel like there is a lot more to come in my game. I think I’m just enjoying my squash which is the main thing and I think it shows and I’m really excited to be in the final.” 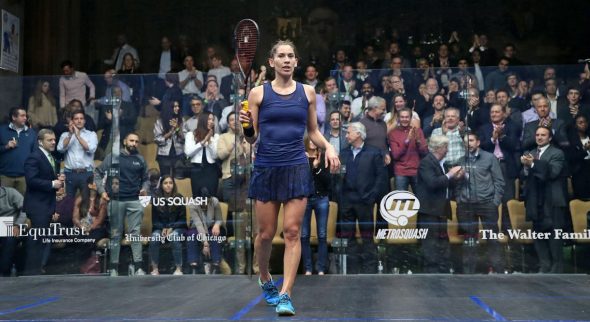 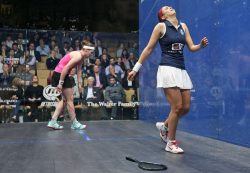 The World No.9 will now face World No.3 Nour El Tayeb of Egypt after she defeated England’s Sarah-Jane Perry in another thrilling 3-2 encounter in the women’s event.

“After I won the first two games, I started to feel nervous,” said El Tayeb. “I was thinking ‘am I going to be in another final? This is huge’ and I let go of thinking about the actual points and the squash.

“In the fourth, I started to play well again so I’m happy I won of course.”

In the men’s event, Egyptian brothers Mohamed and Marwan ElShorbagy will lock horns in the finale in what will be their first meeting since they clashed in the final of the 2017 PSA World Championships in Manchester last December, when it was Mohamed who claimed victory on the day.

The pair saw off the challenge of compatriots Ali Farag and Tarek Momen to earn their spot in the final.

“I’m so happy to reach another final in Chicago and if I could get my first ever World Series title here it would mean a lot,” said Marwan after reaching his second successive Windy City Open final.

“To play in another major final with my brother is amazing. We played in the World Championship final and to play against each other again, this time in Chicago, is fantastic.” 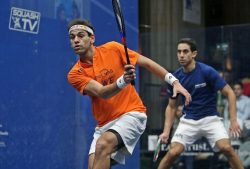 The final will be the seventh final of the 2017/18 season for Mohamed – who will return to World No.1 next month – and he will be aiming to collect title number six so far this campaign.

“It’s great to be in another final, it will be my third final in Chicago,” said Mohamed following his win over compatriot Momen.

“I’m very happy to be playing my brother, he beat me here last year, so I will be looking for revenge.

“The way he played today was unbelievable to take Ali 3-0. We learn from each other but tomorrow he is going to go for me and I know he feels that this is his time to take his first World Series event and it’s up to me to make sure that doesn’t happen.” 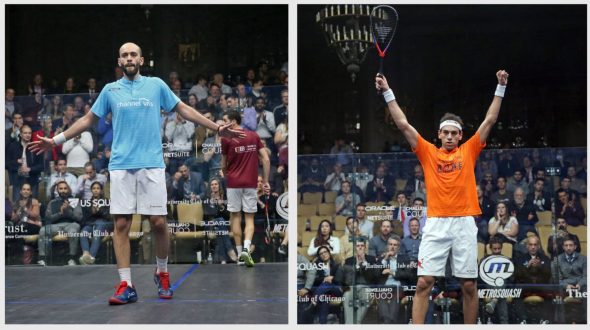 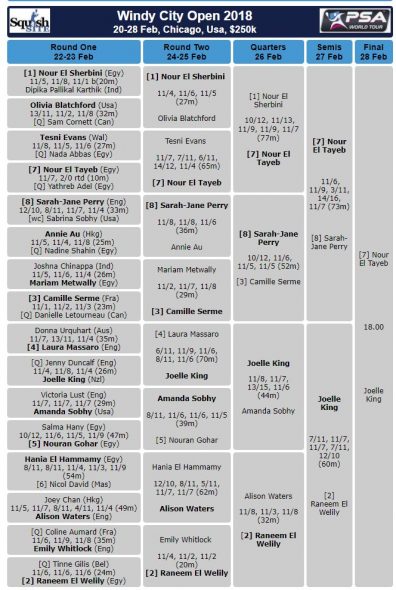 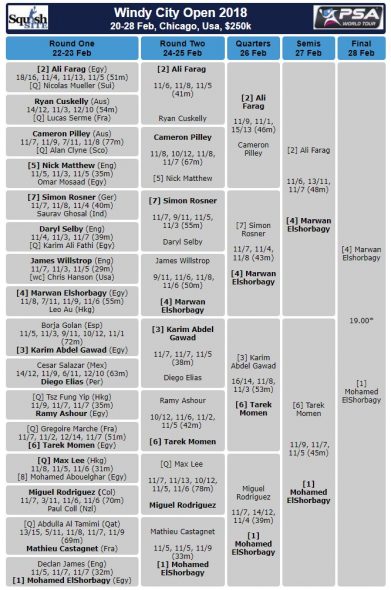