Simon Rösner and Camille Serme won gold for Germany and France, respectively, in Poland tonight to bring the four-day Squash Championships in the World Games at the Hasta la Vista club in Wroclaw to an exuberant close.

A full house crowd at the world’s biggest squash club cheered, clapped, stamped and whistled in appreciation of exhilarating rally after exhilarating rally on the all-glass showcourt, where medals were also won by Hong Kong and Malaysia – with France claiming an historic gold, silver and bronze set.

Squash was making its fifth appearance in the World Games, the quadrennial multi-sport event for non-Olympic programme sports – the 10th edition of which is the biggest sports event ever to be staged in Poland, under the patronage of the IOC. 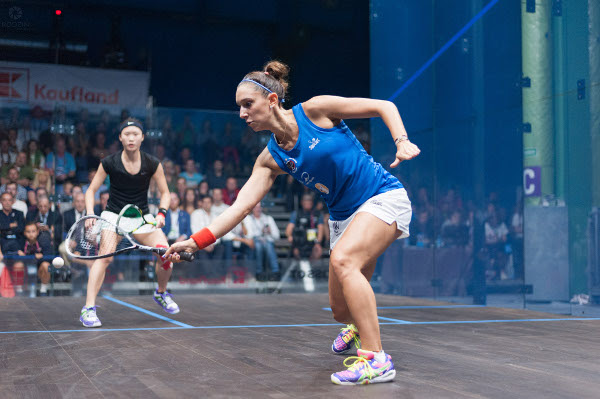 Serme faced unexpected opponent Joey Chan (both pictured above), a 3/4 seed from Hong Kong who produced the event’s biggest shock when she dethroned Nicol David, the three-time gold medallist, in a five-game semi-final.

“That’s the best I could have expected,” said the beaming French number one clutching the French flag. “I played well and was sharp.

“Joey played two five-setters in the last two days, so I think she was tired – I played some shots she didn’t even go for.

“I am very happy to win – beating a top 20 player 3/0 like that will give me confidence going into the new season.”

On the French success in the Games, Serme explained: “At the beginning of the week we didn’t expect to do this well. We have tried to get into the Olympics three times now, so if Paris win the 2024 bid, I hope this success will show that we have the chance to win medals.” 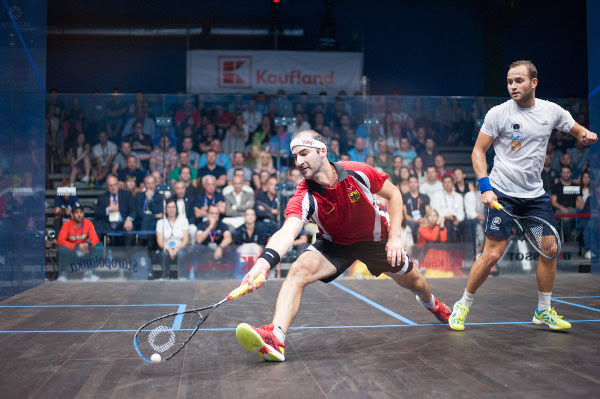 In the men’s final which brought the final day to a fitting climax, top seed Rösner battled for 78 minutes with French outsider Gregoire Marche (both pictured above), a 5/8 seed who overturned two higher-ranked opponents to reach the title decider.

The German number one, runner-up in the event four years ago, led 6-2, 8-5 and 9-7 in the first game before reaching game-ball at 10-8 – but underdog Marche went on to have two game-balls of his own before Rösner finally clinched the game 15-13.

After winning the second, world No.11 Rösner built up a 7-3 lead in the third as the gold medal looked in sight. But Marche, ranked 12 places lower, was not aiming for a silver medal – and fought back to 9-all before closing out the game 11-9 against expectations to reduce the deficit.

The German favourite seemed to have refocussed when he stormed to a 6-1 lead in the fourth but a succession of unforced errors allowed Marche to establish a 7-6, then 8-7 lead.

“It’s amazing,” said Rösner as the success sunk in. “I am truly over the moon!

“Greg is such a tough competitor – in that third game when I was 7-3 up he was fighting hard and I might have been too impatient.

“It was such a great feeling playing in front of such a great crowd – and it’s been like this since day one. That’s what makes this event so special!”

Was there additional pressure, being the No.1 seed? “I’m used to it – I’ve had it for the last ten years in the German National Championship,” explained the 11-time champion. “I try and turn it into a positive.

“I think the most important thing about tonight was that I played more patiently.” France’s third medal came in the bronze-medal play-off when 5/8 seed Mathieu Castagnet (pictured above on the podium with Rosner and Marche) came back from game-balls down in both the first two games against Diego Elias to beat the 3/4 seed from Peru 14-12, 12-10, 11-8 in 56 minutes.

On ensuring France’s third medal, the 30-year-old former world No.6 exclaimed: “This is amazing for our country. It’s been so important for the French Olympic Committee that we bring medals back for the country.

“I had to fight back in both games – I really wanted to make the most of my opportunity. But I feel sorry for Diego as it would have been good for the sport for Peru to have won a medal. Finishing fourth is a nightmare.

“My goal here was to reach the final – but I felt the pressure to win today to make sure we won three medals.

“Before I die, I really want to see our game in the Olympics!”

On the French success in Wroclaw, national coach Renan Lavigne said: It’s a great result overall – the best ever for us in the World Games. But we put a lot of investment into this event – the French National Olympic Committee were right behind us – in fact the President Denis Masseglia was watching the finals tonight.

“Even though it is in the middle of summer training, we tried to be ready and bring the best out of each player.

“It’s not easy for Camille to be favourite – and win – and Mathieu did really well considering what he’s had to deal with recently. But he was very disappointed after last night so we had to fire him for today. And Greg, as a 5/8 seed, did well to reach the final and showed that he can dig in.”

On the subject of the Olympics, Lavigne added: “Paris 2024 have done a fantastic job and if they get it we hope we have shown that we can get medals in seven years – not just through our success here but, for instance, our success in the recent world junior championships where Victor Crouin reached the final.” Nicol David (pictured above on the podium with Serme and Chan) bounced from her shock semi-final defeat – where she fell to a fellow Asian opponent for the first time in 15 years – to take the women’s bronze medal, beating Great Britain’s surprise semi-finalist Fiona Moverley, a 5/8 seed, 11-4, 11-8, 11-3.

“The chance to win a medal is still something to play for – I wanted to get on and give it everything I had,” said the former world number from Malaysia who was seeded to reach a fourth successive final. “I am really pleased to have won the medal.

“I will hopefully learn a lot from yesterday – I want to take a lot of positives out of it. You see things you need to sharpen up – I need to step up my training and be sharper.”

On her World games experience, David added: “It’s fantastic to have an event like this in Poland. The World Games is really good for squash and I hope we will get more recognition through participating in it.” 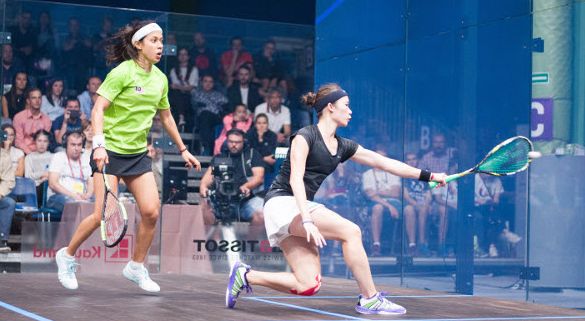 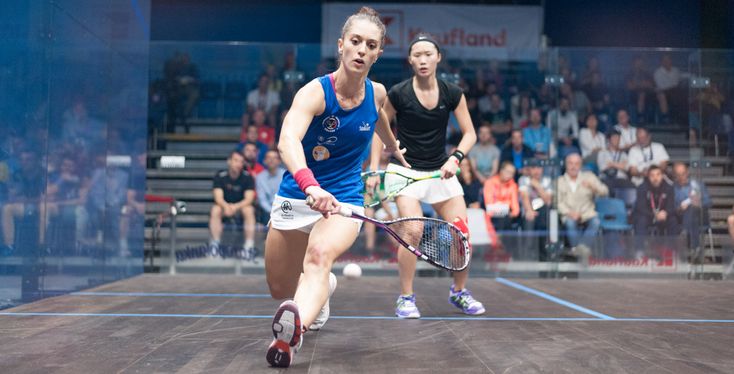 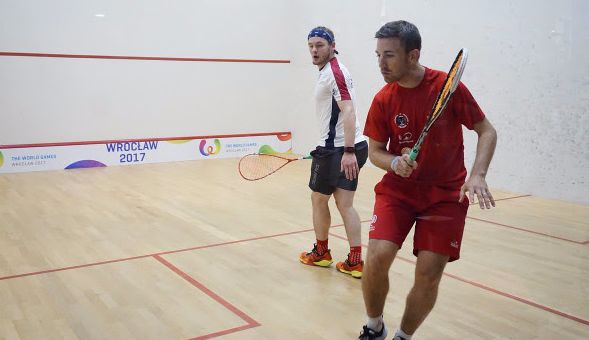