Tenth seeds Germany produced the biggest upset on the final day of qualifying in the WSF Women’s World Junior Team Squash Championship in New Zealand when they beat 7th seeds Canada to claim a place in the quarter-finals of the biennial World Squash Federation event at the Queen Elizabeth Youth Centre in Tauranga. 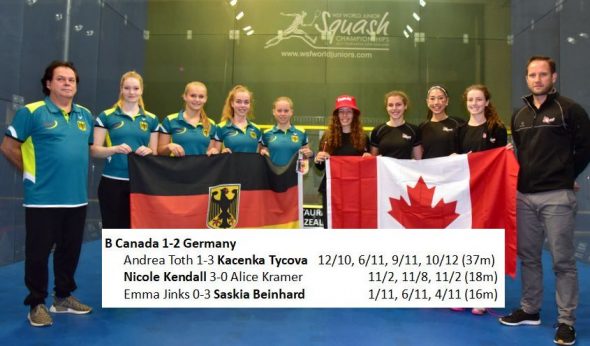 The unexpected victory will guarantee German a top eight finish for the first time since 2001.

It was in the final tie in Pool B that Kacenka Tycova gave Germany hope by beating Canadian Andrea Toth 10-12, 11-6, 11-9, 12-10. The seventh seeds pulled back when Nicole Kendall defeated Alice Kramer in straight games.

But a focussed German top string Saskia Beinhard knew what she had to do – and dismissed Emma Jinks 11-1, 11-6, 11-4 to put her team into the best position for 16 years.

In the draw for the last eight play-offs, Germany were paired up with hot favourites Egypt, Pool A winners.

“Very, very happy,” said German manager Rainer Mueller . “At the beginning we never thought we would qualify, but I’m very proud of the team. When we won the first match I knew we had a chance, especially with Saskia at number one. She still had to do it though, and she played unbelievably well!

“We play Egypt now, which will be difficult, but we’ll enjoy tonight’s success and see what happens tomorrow!” 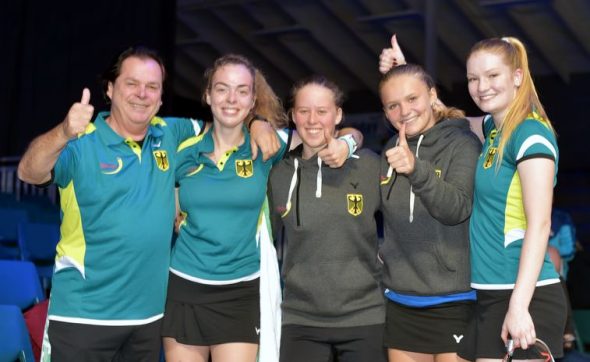 All the other pool ties went according to seeding – with Malaysia, England and Hong Kong winning the other three pools. 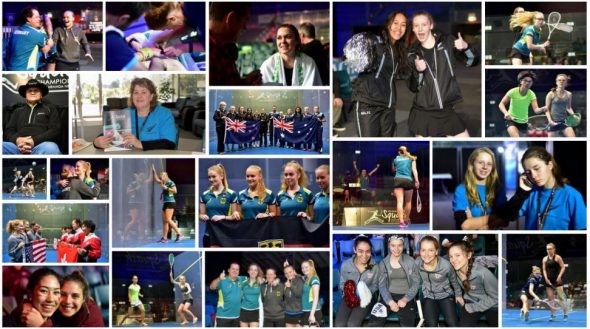 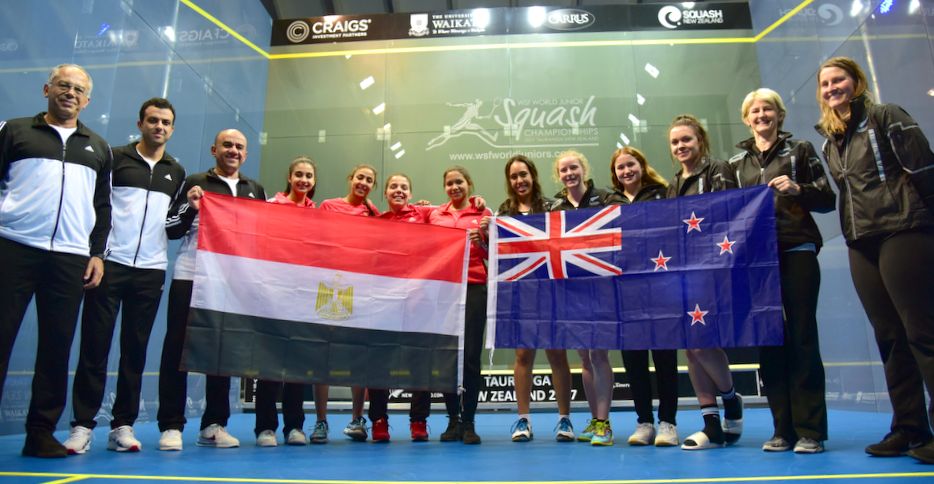