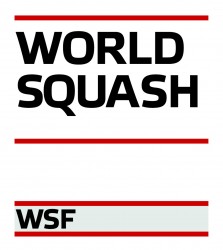 A World Squash Federation Extraordinary General Meeting, held today in London and presided over by WSF President N Ramachandran, was attended by delegates from 43 nations.

It was a WSF Annual General Meeting in France last November which endorsed a proposal that a working group comprising a number of member nations would look at possible improvements to the constitution and structure – a process felt necessary as the sport and its governance evolves.

Their deliberations during the first months of this year led to a set of eighteen motions being brought forward to today’s EGM.

They ranged from constitutional revisions such as the number of Vice-Presidents; creating possible new positions; the term of office allowable; setting age limits for board members; national eligibility to attend and vote; together with further possible alignment to the IOC preferred governance statutes for member Federations.

Motions which passed increased the number of Vice-Presidents by one (to four); altered the terms of President and Vice-President from four terms of two years to two terms of four years; and instituted a rotation to ensure that elections for all positions will not take place at the same time.

The meeting also set an upper limit of 75 years of age for officers.

A further amendment was to eliminate the requirement that an incoming President should have served on the WSF or a Regional Board prior to nomination.

Other motions that link various Rules directly into the WSF constitution, including match fixing, wagering, athlete entourage and ‘Principles of Good Governance’, and anchoring the status of WSF as an IOC Recognised Federation, were all approved by the meeting.

President Ramachandran also reported that the WSF is commissioning an Independent Review into the sport as a whole to evaluate governance, structures and relationships to maintain the process of improving practice and performance.