Aifa Azman led the way for Malaysia as all but one player from the host nation survived the second round of the CIMB Foundation WSF World Junior Squash Championships at the Bukit Jalil National Squash Centre in the country’s capital Kuala Lumpur.

While 10 Malaysians earned places in the last 32 rounds, they were joined by 12 from Egypt, nine from the USA, eight representing England and six from India. 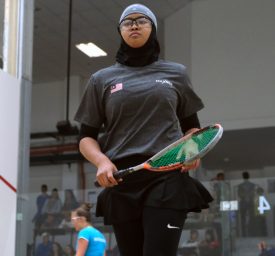 “It wasn’t the toughest match for me so I just stuck to the basics and tried to work on my shots so that I’m prepared for the next round,” said Aifa.

“It’s a good win to start and I’m looking forward to playing Sanya. I last played her during the Asian Junior Team Championships in January and I won 3/0 then.”

It was a doubly good day for the Azman family from Kedah when 17-year-old Aifa was joined in the last 32 round by her younger sister Aira Azman after the 14-year-old beat Sweden’s Nathalie Malmstrom 11-4, 11-2, 11-2

Also cruising through for the hosts is joint fifth-eighth seed Chan Yiwen who took out Canada’s Lucia Bicknell 11-1, 11-1, 11-6 in just 17 minutes. Yiwen will have a tougher matchup in the third round as she goes up against teammate Ainaa Ampandi, who downed Czech Republic’s Tereza Siroka 11-1, 11-8, 11-4.

Two other Malaysian girls, Ooi Kah Yan and Yee Xin Ying, also got through their respective matches without breaking too much sweat!

Siow Yee Xian was the highest-seeded Malaysian to earn a third round place in the men’s event after the 5/8 seed overcame South Africa’s Tristen Worth. 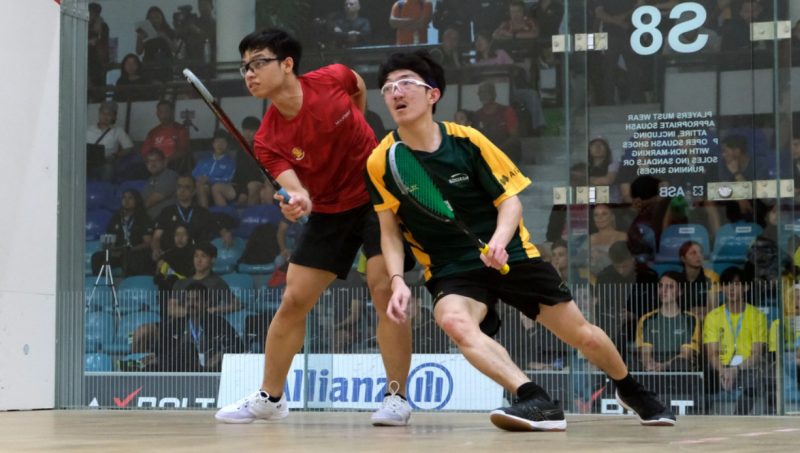 “The first match of the tournament is always tough since I’m a slow start and I started really slow today as well,” admitted Yee Xian.

“It’s not a very good win but a win is a win and I just need to rest and prepare for the next match. I do believe that I need to work on my length in the next round.”

The trio of Duncan Lee, Danial Nurhaqiem and Amir Amirul also got through convincingly. 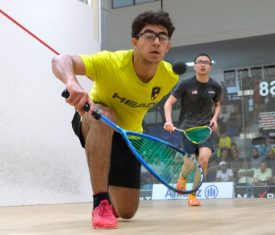 “It was a really tough first game for me and I really didn’t expect that from Adam who played well,” said Yehia.

“I was hitting hard and playing a fast paced game in the first but I had to change my game plan after that. It worked out well for me in the next three games but I still need to work on my shots and accuracy.”

Meanwhile the competition’s top seeds also got into action by breezing through their matches. 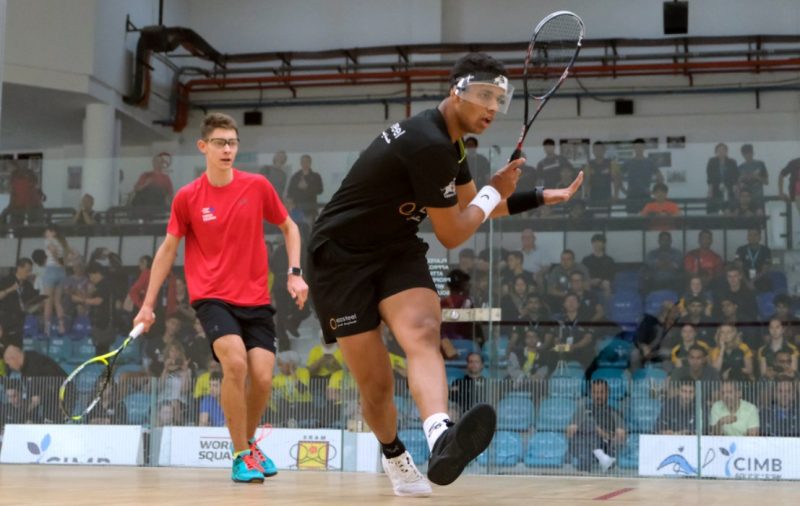 The world No.15, who is seeking a first world junior title having finished as the bridesmaid to Rowan Elaraby in the last two years, goes on to face Xin Ying next. Nicholas Spizzirri caused one of two notable upsets in the men’s event when the unseeded teenager from USA ousted 9/12 seed Gabe Yam of New Zealand (both pictured above) 11-6, 11-8, 11-7.

Also taking the exit is 13/16 seed Toufik Mekhalfi of France who bowed out to Hong Kong’s To Wai Lok (both pictured below). 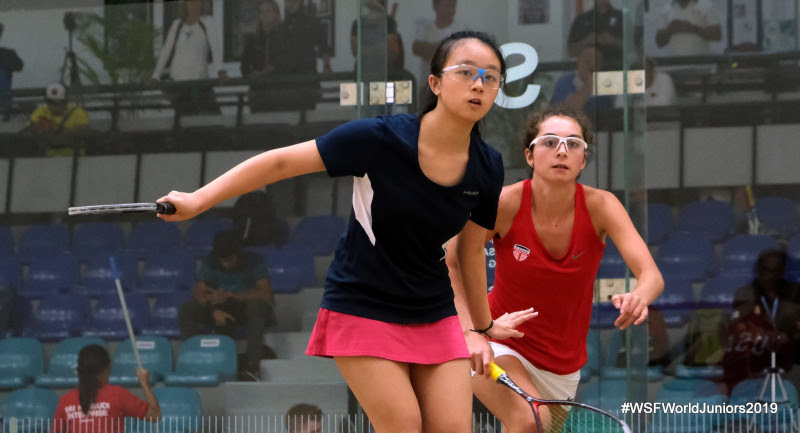 Another 13/16 seed, Kaitlyn Watts of New Zealand, conceded a walkover to Canada’s Brianna Jefferson due to illness. 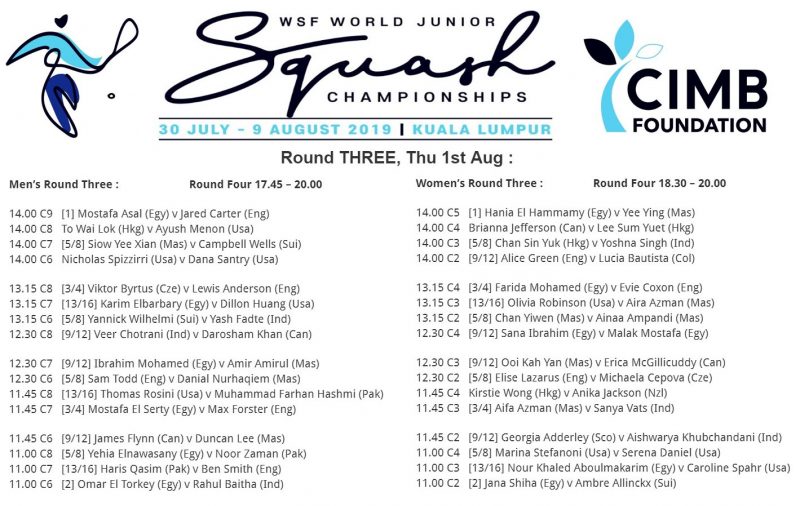