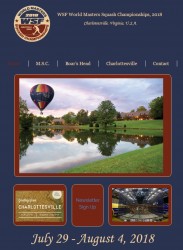 The 2018 WSF World Masters Squash Championships – which attract more competitors than any other event in World Squash – will take place in Charlottesville, Virginia, following the World Squash Federation’s decision to stage the biennial event in the USA.

The 15th edition of the championships – but the first to be held in the USA – will feature men’s and women’s events in categories ranging from Over-35 to Over-80, and will take place at the McArthur Squash Center at the Boar’s Head Sports Club in Charlottesville from 29 July to 4 August 2018, under the auspices of US Squash.

“On behalf of everyone at Boar’s Head, we are delighted to serve as the host for the 2018 World Masters and truly grateful for the confidence the World Squash Federation has placed in us,” said Matt Harris, Boar’s Head General Manager.

Boar’s Head is one hour west of the Virginia state capital Richmond and only two hours south of the US capital Washington, D.C. Boar’s Head lies at the foot of the beautiful Blue Ridge Mountains and is in close proximity to Monticello and the University of Virginia’s Academical Village, a UNESCO World Heritage Site, museums, local shops, numerous restaurants, breweries and wineries.

James Neiderer, Club Manager for the Boar’s Head Sports Club, added: “Our team will work diligently to ensure that the competitors and their guests have an enjoyable and memorable experience during their time in Charlottesville. Hosting this prestigious event is a significant step in recognizing the already accomplished growth story of squash here in Virginia and the mid-Atlantic. And, it rewards a community of people who have the leadership and ambition to further the growth of the sport of squash in our region.” 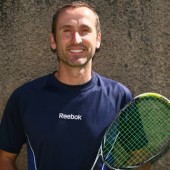 Mark Allen, Director of Squash at the McArthur Squash Center, which boasts eight conventional courts as well as an all-glass showcourt, said:

“Personally, I’m also looking forward to welcoming so many squash playing friends from around the world, the United Kingdom, South Africa, and other parts of the United States, to Charlottesville.” 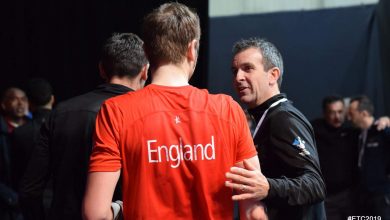 Campion on England Squash, The Next Generation and COVID-19 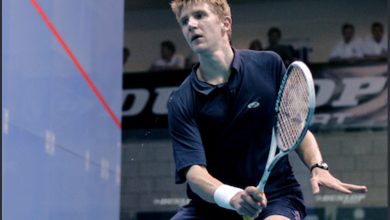