The World Squash Federation (WSF) and the Professional Squash Association (PSA) today announced the line-up of their joint initiative.

The programme brings together eight top young squash players (four young women and four young men), all under 23 years old, with the aim to further actively engage with the next generations and shape the future of squash as a vibrant and healthy sport. Quite symbolically, the announcement comes on the eve of the Olympic Day, envisioned to encourage young people to move, learn and discover new sports.

The SquashFORWARD members selected from across the world each bring her or his own perspective on the future of their sport. They will become the ambassadors of thousands of young players internationally and will aim to capture the aspirations of their generation. Nour El Sherbini from Egypt (WR #1) and Diego Elias from Peru (WR #11) will co-chair the group.

The development follows on the announcement made by WSF president Jacques Fontaine in April 2018 in Bangkok during the SportAccord Convention. 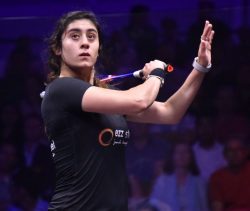 Being on top of the World Rankings is a huge responsibility and I feel that I have to give back what I’ve learnt, to give back for the future of the sport which means so much to my life and the lives of so many young people around the world.

Through the SquashFORWARD initiative, I’m sure we can capture a dialogue between continents and generations and shape how squash should develop in the next years.

The group will meet regularly over the next few months to share their vision of the sport and discuss how to make the game even more innovative, inclusive and sustainable than it is today.

SquashFORWARD will kick off its activity at the Dutch Junior Open, which will be held in Amsterdam on July 12th-15th. Members of the initiative will host a focus group with junior players from all over the world and gather their ideas focusing on four major topics: innovation, sustainability, inclusiveness and accessibility. SquashFORWARD will analyse the ideas in the weeks that will follow the tournament and turn them into a set of practical recommendations.

It is envisioned that SquashFORWARD will share their findings and forward-looking recommendations during the Buenos Aires Youth Olympic Games in October where squash will be present as a showcase sport.

SquashFORWARD is an initiative truly driven by the youngest stars of squash, many of whom dream one day to become Olympic champions. I’m sure this programme will create new thought leaders and help our sport remain at the forefront of what young people seek today from a sport that matches their lifestyles and aspirations.

One of the core missions of squash is to provide access to sport to young people all around the world. In dialogue with young players on the SquashFORWARD group we can ensure that we do it in the best possible way.

The SquashFORWARD Members, in their own words … 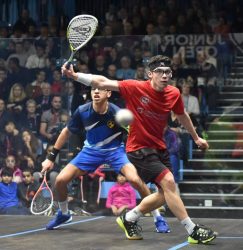 “I have been playing squash for a very long time now and squash has given so much meaning to my life that I want to give back to the sport what it has brought to me. Being part of this great community that is SquashFORWARD.

“I hope we will develop our sport in the right direction in order to achieve our biggest dream: to become an Olympic sport.” 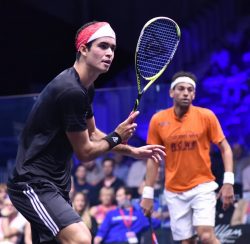 “I have been a professional squash player for 5 years, which have been by far the best years of my life.

“I love travelling the world and meeting people everywhere.

“The squash community is so welcoming and friendly that I never really feel lonely when I am away from home.

“Squash is not only a great sport to be fit, but it’s the people involved in it all over the world that really make it the BEST sport.” 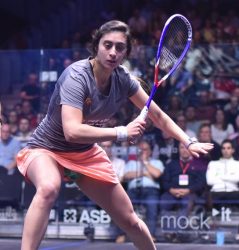 “Hi, I’m Nour. I am 22 years old and I have been playing squash my whole life.

“When I was 13 years old, I became the youngest Junior World Champion and that was when I discovered that my dreams of becoming a professional player could come true.

“At 22, I have already been a World Champion and have been ranked world #1 for more than 20 consecutive months in the professional Tour.

“I love squash, playing for Egypt and I am very happy to be actively involved in promoting my sport all over the world!!” 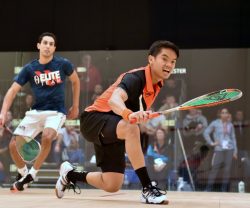 “My name is Eain Yow Ng and I’ve been playing squash for the last 14 years.

“I have represented my country Malaysia competing in various tournaments across the globe.

“I enjoy competing with players from different countries and I hope that our sport will continue to grow in the future and have players from every country in the world.” 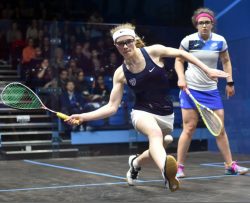 “I’m Marina Stefanoni and I love squash and enjoy waking up and competing every day.

“I became the youngest winner of the US GU19 national title in 2016 and defended it ever since.

“Over the years, I won many International Junior Opens and I have now begun to play PSA tournaments.

“This summer in Chennai, India, I will be representing the United States in my third World Junior Squash Championships.” 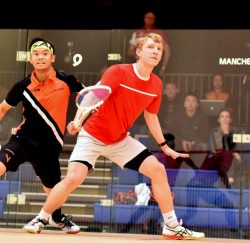 “Hello everyone, my name is Dimitri and I‘m 20 years old.

“Two years ago I decided to go full-time as a squash pro. As a kid, I always dreamed to be able to participate in the Olympic Games as both of my parents are former Olympians.

“Squash would certainly bring a lot of additional action and excitement into the Olympic Games.

“For all of us it would be the highest honour to represent our country at the biggest sport event in the entire world, which at the bottom line, is what the Olympic Games are all about.” 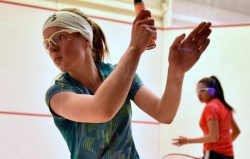 “I like studying languages and write stories in fantasy style. I am a winner of French, German, Scottish, Welsh, Belgium, Nordic, Swiss, Czech, Italian, Danish, Polish and Austrian Junior Opens – among others!

“I am also 6 times National Champion, 1st racket and the captain of the National Ukrainian squash team.” 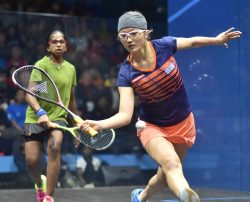 “My name is Satomi Watanabe and I am from Japan.

“I have been playing squash for 10 years and I’m 4 times national junior champion, last year’s national champion, runner-up for the 2018 British Junior Open and the first Japanese player to be in PSA World Series top-16.

“Squash gave me so much good experience, opportunities, friends, and more. I hope that many more people get to play and watch squash in future.”