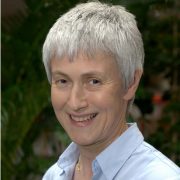 After an incredible five days of squash that saw India claim their first ever titles and England win their first Championship since the inaugural event in 1997, WSF President Zena Wooldridge, OBE, sat down for a question-and-answer session to reflect on the week’s action.

What a week it’s been! What have you thought of it all?

I just think it’s been a real treat of squash and the festival of squash. There’s been so many matches played, because we had such a fantastic entry, but the quality of it, and the camaraderie, the spirit in which it’s been played, I think it’s been fantastic. And it’s just great to be back.

After over two years of disruption to the sporting calendar, how important is it to have major WSF events back?

I think it’s a celebration that we’re getting back to normal. And I think the quality and the number and the quality of the entries and this year’s World Doubles, compared  to what we had in previous years, I think shows how keen players are to come back and play the World Championship and to play in teams. Doubles is kind of also a team event. And I think it just shows that nations and players are just so keen to get back to World Championships.

And what have you made of the quality of play this year?

If you count the number of games that have gone to 10 to deciders, and sudden death, and the number of matches have gone to 1-1 and 10-10, I think that probably reflects the quality. Take those two semi-finals yesterday evening that went right to the wire, both of them and they were probably the biggest matches because they were playing for place in the final. And I think that’s reflective of the quality of the squash.

I think the joy about doubles is it’s not always the obvious teams’ pairs that come to the fore and win, because there is a different dynamic to doubles. So we’re seeing some of those lower order seeds players really challenge for medals, as we’ve seen with India and how fantastic it is to see India at the top of two out of three of the medal podiums.

With India winning their first, and then second, ever Championship in the space of two hours, how important is it for the world of squash that more countries are winning these major titles?

I think the spread that we’ve got across five continents is really important. I think it’s great to see New Zealand at the top of the men’s world rankings and I’m quite sure who’s going to knock him off in the near future. It’s great to see a new nation, India, come to the top of doubles. It’s great for the sport, because it shows diversity.

I think it’s great to have different nations competing, like Scotland, who came very close and appeared in so many of the late-stage matches today. They’re now up there,  they’re pushing hard and it’s great to see.

It’s also great to see that unpredictability that perhaps we don’t always see in singles, because of the world rankings and seedings, rarely does it ever go against the top seeds. But in doubles it can because the dynamic’s different and there’s everything to play for in this event, because it’s not only their first world titles for two and a half years. But it’s also seedings and selection for Commonwealth Games as well, which of course is the pinnacle of our sport.

We seen a lot of praise, deservedly so, for the fantastic achievements of the Scottish players this week. Behind the scenes, how impressive a job have Scottish Squash done in organising and delivering the Championships?

They’e done brilliantly. They put so much effort and they’ve been so well organised, and they’ve done it in such a short space of time. We owe them huge thanks for that. I think they’ve enjoyed it. I think it’s been that legacy event of Glasgow 2014 and hopefully there will be another legacy event after this. There’s been chatter around in the background about what the next event is they can do to keep Scotland and Scottish Squash on the world map. 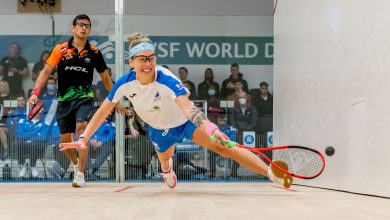 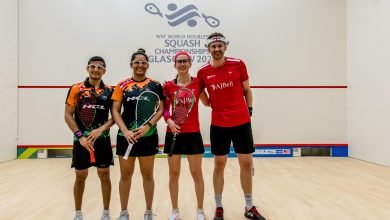 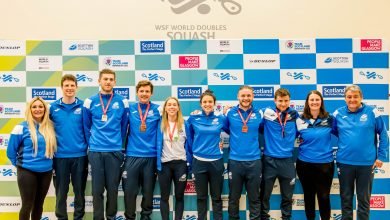